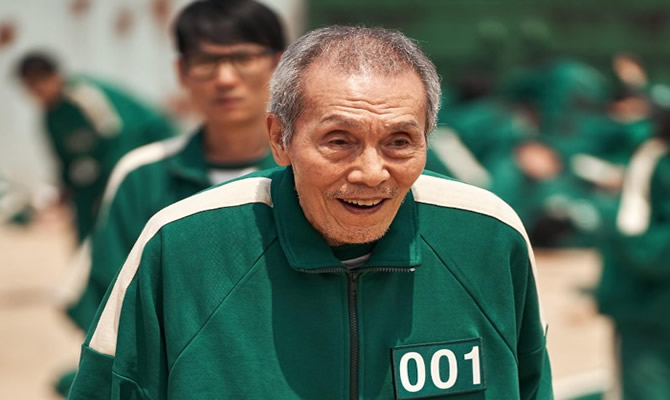 An incredible 14 Emmy nominations have been given to the 2021 Netflix hit, Squid Game.

Squid Game, the sensational South Korean series, took the world by storm when it streamed on the Netflix platform in 2021. On Tuesday, July 12, it was revealed that the hit show has made history as it landed an incredible 14 Emmy nominations.

Written by South Korean writer-director Hwang Dong-hyuk, the brutal thriller has been nominated for the most prestigious award that the Emmy ceremony hands out, that of ‘Outstanding Drama Series’. It is also up for the main drama category where it makes history as the first non-English language series to achieve that.

Lee Jung-Jae, the actor who played ‘Player 456’, Seong Gi-hun, the main protagonist, is in the running for the ‘Outstanding Lead Actor in a Drama Series’ award. Similarly, his co-stars Oh Yeong-su, who played the infamous ‘Player 001’, and Park Hae-soo, who played ‘Player 218’, Cho Sang-woo, are also both given the nod.

A nomination for ‘Outstanding Supporting Actress in a Drama Series’ goes to Jung Ho-yeon, who gave an amazing performance in her role as ‘Player 067’, Kang Sae-byeok. Awards for the outstanding directing and writing for a drama series are also up for grabs.

The list goes on, with nominations for outstanding stunt performance, outstanding cinematography, and outstanding production design, in the technical categories, as reported by metro.co.uk.

Netflix has confirmed that a second season of Squid Game is in the pipeline, without naming a release date. It remains to be seen exactly how Hwang Dong-hyuk can ever top the sheer brutality and tension produced by that gripping first season.

It revolved around a group of contestants who had been chosen due to their bad financial situations. They were then made to participate in violent recreations of children’s playground games, with most coming to a sticky end. As the contestants tried their best to eliminate their opponents, the last person standing would collect an astronomical sum of prize money.