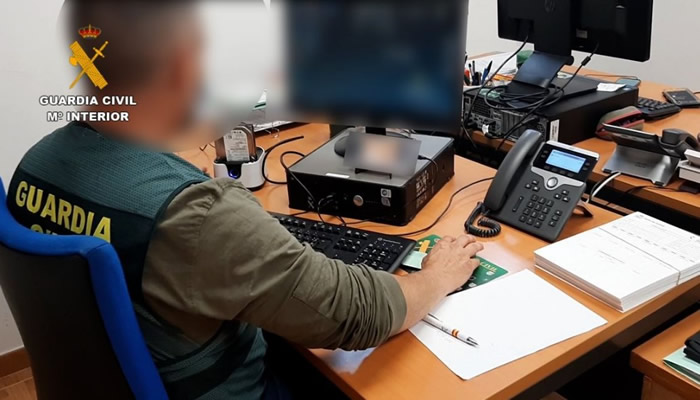 A 59-year-old German man who ran a massage parlour in the town of Mogan in Gran Canaria has been sent to prison without bail for sexual abuse of his clients.

Guardia Civil officers in the municipality of Mogan, on the Canary island of Gran Canaria, have placed a 59-year-old German resident under investigation. As a result of ‘Operation Kurnia’, he is suspected of committing seven crimes of sexual abuse and intimacy, as reported today, Friday, July 15, by laprovincia.es.

The suspect operates a massage parlour in the town of Patalavaca-Mogan, in the south of the popular British holiday destination of Gran Canaria. It came to light that he had been using hidden cameras to record clients as he touched them sexually between 2005 and 2020.

An investigation was launched in February 2020 after the mother of a 15-year-old girl filed a complaint in which she reported alleged sexual abuse while her daughter was receiving a massage. As there was no direct evidence at that time, there was little that the police could do.

However, after visiting the massage parlour to check on the premises after the complaint, officers discovered a hidden spy camera that was clearly positioned to record the activities on the massage bed.

As a result of the ocular technical inspection and a subsequent search of the establishment, the investigators seized all of the devices suspected of hosting videos and images of their victims. They also detected a second device with a hidden camera.

Forensic analysis of the confiscated memory device uncovered 82 video files containing recordings of some 20 naked women who had received massages from the investigated. The study of the images deduced that the women were unaware that they were being recorded with hidden cameras.

The Guardia Civil investigators verified that the man under investigation had a large client base of national and foreign origin, operating in a tourist centre of the island. They requested the collaboration of the German police authorities in which a case of a German victim dating from 2005 was discovered.

Further enquiries detected two female adults, and one underage girl, all of whom had been recorded by the hidden cameras between 2019 and 2020 without their consent.

The underage girl and an adult woman had been victims of sexual abuse in the performance of the massages, amounting to a total of four victims. This extended the criminal charges against the investigated. Bartolome de Tirajana’s Court of Instruction No1 ordered the German man’s imprisonment without bail.