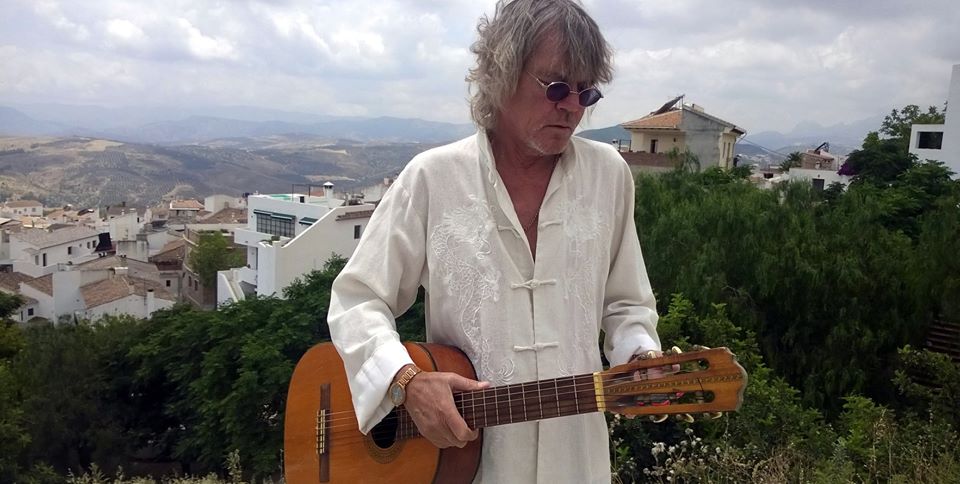 He explained that “for me it was time when I could simply wander into my home studio and get creative” and this huge body of work has now resulted in a new contract and publishing deal with Angel Air records which had previously released some of his work.

One of the albums consists of reworkings of recording made over the years with some of rock’s greatest musicians and the album Roxstar Legends includes appearances by such luminaries as Robert Plant (Led Zeppelin), John Wetton (King Crimson), Glenn Hughes (Deep Purple), Steve Hunter (Lou Reed), Eddie Clark (Motorhead), Phil Lynott (Thin Lizzy) and many more.

Commenting on his career, he told EWN, “I have been very lucky to have worked with so many great musicians during my long career and there are still a number of unreleased recordings gathering dust with some of the best such as Robert Plant and Phil Lynott which I hope will see the light of day sometime.”

Robin has had a long career playing with many well-known bands but has now been settled in Periana in Axarquia with wife Debbie for several years and doesn’t seem to miss the slog of being on the road but enjoys his life in the sun.

Having recorded his first single in 1980, the musician went on to work with such diverse talents as David Byron of Uriah Heep fame, Noddy Holder and Robert Plant as well as a stint of touring with Roy Wood and Wizzard.

He and Debbie spent some time travelling through Spain but when they arrived in the village with its 3,000 inhabitants, they knew that they had found a place to stop and enjoy life so after buying a property and more or less rebuilding it, they have become part of the Periana community.

Robin says that he can get by in Spanish but is very happy that Debbie is totally bilingual and is a registered translator which makes life a lot easier.

Apart from Roxstar Legends, Robin has a completely new album Dangerous Daze about to be released and for the first time, he has taken on the role of designing the cover, possibly with some advice from wife Debbie who is herself a recognised artist producing work under the name Fiona Bond.

Another venture sees a video recorded with sister-in-law Vix (who used to be part of the band We’ve got a fuzzbox and we know how to use it) Summer Rocking Reggae as well as a very well- produced pastiche of vintage dance moves to his new track Funky Rock Groove.

With so many recordings to his name, the singer songwriter from Wolverhampton says that “royalties which are not enormous allow me to continue to be a working musician who is living the dream.”

Find out more about Robin at http://www.robingeorge.co.uk/.

Thank you for reading ‘EXCLUSIVE: Guitarist and songwriter Robin George spent lockdown in Periana’ and remember that all articles produced by Euro Weekly News may be accessed free of charge.