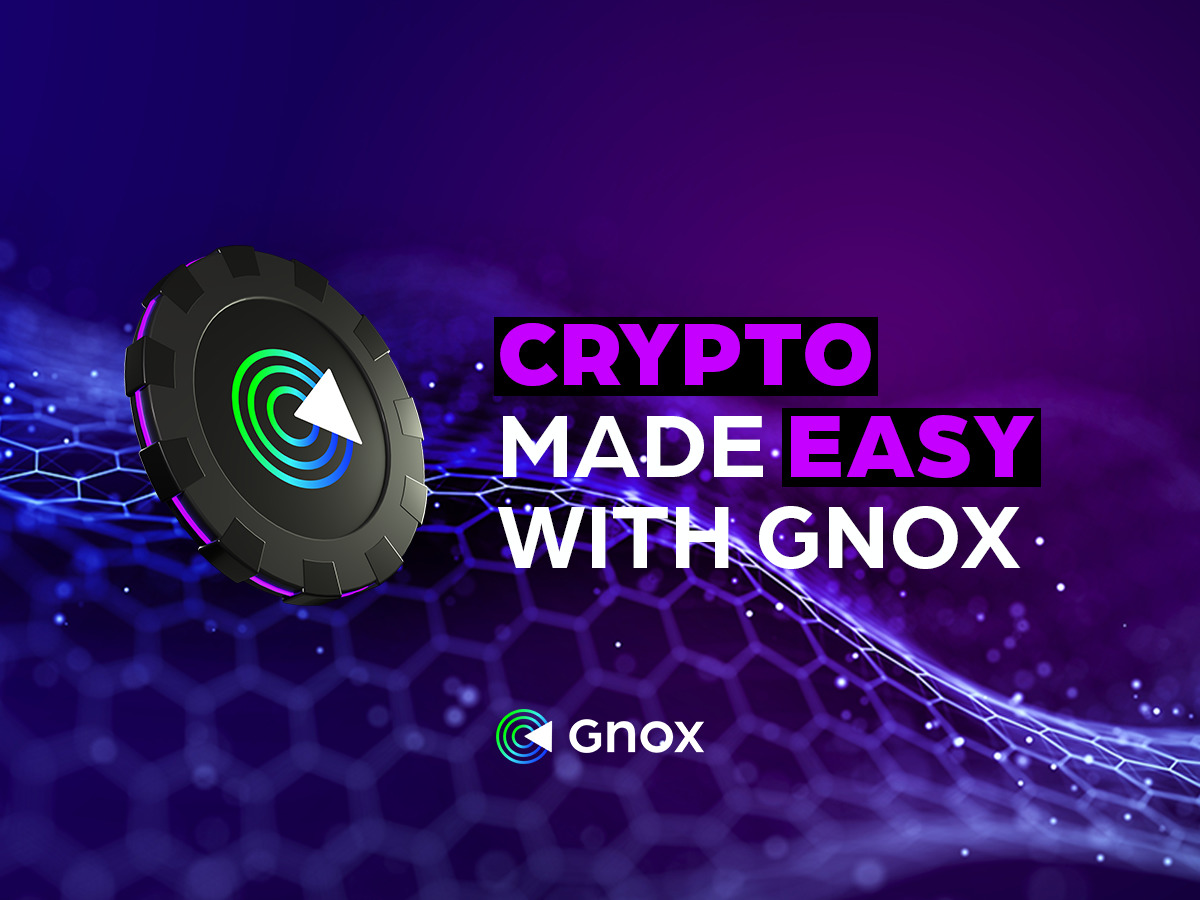 In the current cryptocurrency landscape, it’s easy to forget that there are other ways to make money besides buying and selling cryptocurrencies or participating in ICOs. Some popular methods guarantee passive monthly income flow from crypto investments, such as staking, yield farming, could mining, etc.

Gnox (GNOX), Gala (GALA), and Fantom (FTM) are leading crypto players offering investors to generate passive incomes from the investments. Let’s learn more about each project and its approaches.

The main reason Gnox, a groundbreaking cryptocurrency project, has generated so much exposure and interest from crypto fans is its endeavor to make DeFi simpler for new investors.

The “yield farming as a service” feature of Gnox makes it easier for investors to generate passive revenue because it does not need any staking or pooling on their part.

Once GNOX launches, the total amount of funds accumulated in the treasury will be distributed between several DeFi protocols, and holders of GNOX tokens will have the option to choose how the monies are distributed. To ensure a larger capital pool to create revenue, the treasury will receive 60 percent of the funds it generates directly, and the remaining 40 percent will be paid to all GNOX holders proportionate to the number of tokens owned.

So far, the first presale stages of GNOX have seen a 63 percent increase. Crypto experts view this performance as a precursor to a potential 100x in August.

Gala Games wants to change the gaming landscape by returning ownership of the gaming experience to the gamers. Making “blockchain games you’ll want to play” is Gala Games’ goal. The project’s objective is to make it so that gamers can no longer spend hundreds of dollars on in-game items and endless hours playing games that can be taken away from them at any time with the push of a button. By providing players authority over the games and in-game assets with the aid of blockchain technology, it aims to bring back creative thinking in gaming.

Gala Nodes, which power the Gala network, can be run by users. In return, they get benefits like GALA, exclusive NFTs, and other opportunities.

Since it enables developers to get rid of the high gas costs and poor speeds that have come to be associated with earlier chains like Ethereum, Fantom is a blockchain that has experienced tremendous development recently as an alternative for developers to build on.

Fantom is a component of a group of initiatives that have similarities with Polkadot, Avalanche, and Solana and seek to improve performance in a very demanding field.

Fantom, however, has the specific advantages of complete EVM compatibility, almost instantaneous transfers at cent-level prices, thousands of transactions per second, and a more powerful, open, and secure network.

The method of safeguarding the Fantom blockchain by locking up FTM coins is known as fantom staking. This is accomplished via validators, who validate transactions using staked tokens as an economic incentive to follow the protocol’s rules. To guard against malicious attacks on its consensus algorithm, validator nodes lock up at least 500,000 FTM tokens.

Cryptocurrencies offer vast opportunities for DeFi enthusiasts. While volatility remains the central issue of the industry, protocols like Gnox, Gala, and Fantom that deliver passive income opportunities are essential to keep investors motivated and engaged.