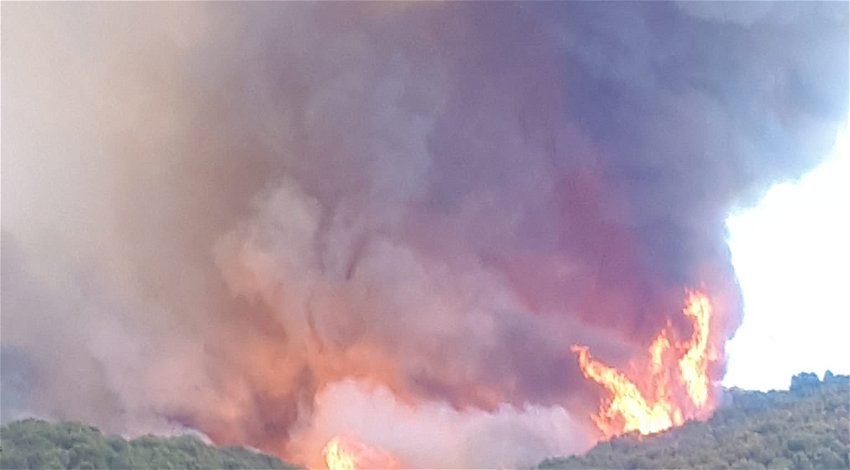 5:40 pm July 16 – Many of the fires in Spain and Portugal are under control but others continue to burn decimating thousands of hectares of countryside and causing more evacuations.

The fire in the mountains around Mijas continues to burn whilst new fires have erupted dangerously close to apartment blocks in Oliva, south of Valencia. Fire departments have responded from surrounding towns and helicopters and planes in support.

8:18 am July 16 – Spain and Portugal are literally on fire according to the General Directorate of Civil Protection in Spain and authorities in Portugal.

In Spain authorities are dealing with more than 33 active fires burning across the countryside, with an update issued on Saturday, July 16 saying that 18 of the 33 fires remain active. 12 are said to be under control whilst another three have been stabilised by local fire services. Road closures and evacuations have become commonplace as fires continue to rage.

With more high temperatures expected over the next week, authorities have not only warned of the potential for loss of life and further fires. They have also called on people to take the necessary steps to help prevent fires by taking their litter home with them, to refrain from smoking in dry countryside areas and to cut down dry grass and vegetation that is prone to fire.

Forest fire where my nieces live in Spain. Horrifying.#europeisburning pic.twitter.com/jwbFWMKMk6

Spain is not the only country experiencing severe fires with Portugal having to evacuate residents in numerous areas.

A fire forecast put out yesterday suggests that Spain, Portugal, France and Greece are all at extreme risk.