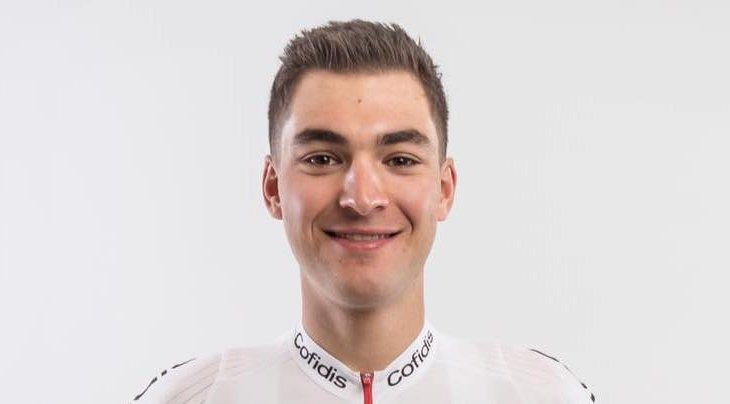 NEWS broke over the weekend that top French cyclist Alexis Renard is due to undergo heart surgery in August following the premature end of his season.

Alexis Renard, the 23-year-old cyclist from the Cofidis team, is set to have surgery at the Nantes University on Wednesday, August 3, after the sudden onset of a heart rhythm disorder.

“During exercise, I have a heart rate that increases like everyone else,” Renard said.

“But when I stop cycling, the intensity is always the same.”

Following tests from the CHU in Nantes, supervised by the Cofidis team, it was revealed that Renard needed an atrium removed.

“This feeling of arrhythmia is not compatible with the practice of high-level sport. I don’t want to take the place of a teammate if I’m not operational,” he said.

The seriousness of Renard’s situation has prompted the Cofidis team to move his surgery forward from October.

The young French cyclist had three top 10 finishes this season (on stages of the Saudi Tour, the Circuit de la Sarthe and the 4 Jours de Dunkerque) before his season was brought to a premature end.

Following the surgery, Renard’s recovery will take a total of three months and the team hope to have him back for next season.

“Of course, it is not an easy phase to go through mentally, especially as I won’t be able to race until February next year,” he said.

“But I feel that the team is with me and this support is particularly precious for me”.

Late on Saturday, July 16, the Cofidis team wrote on social media: “Following the appearance of heart rhythm disorders, @alexisrenard_ will be operated on August 3, thus signing the end of his season.”

One person said: “Courage Alexis, you will come back stronger next season! 💪”

While another person said: “Courage and good recovery! Heading for the 2023 classics.”

One person wrote: “Good luck and good recovery and see you next year @alexisrenard_”

“Good luck young man, come back to us quickly in great shape 🤞” another said.