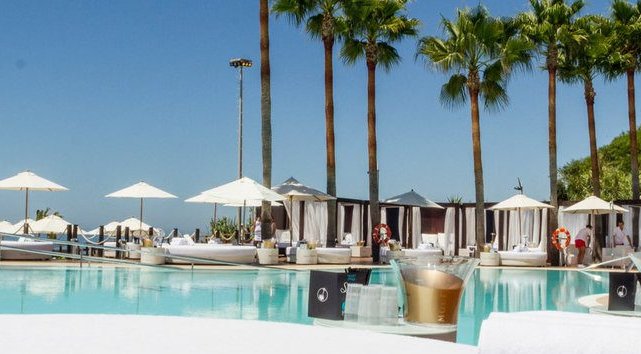 Opium Nightclub issued an official statement on the mass shooting in the Marbella club, on their official Instagram page that read:

“No words can express the level of sadness we feel after the events happening in our venue this last Sunday.
First and foremost, we extend our solidarity to the affected people to whom we wish a speedy and complete recovery. ”

“We also want to acknowledge and thank the police for their quick response and assistance.”

“Above all, we express our love for Marbella, this wonderful city in which we have trusted and built on our best efforts to provide joy and happiness to our clients. It is saddening for individual acts to damage the reputation of a stunning place, its culture and its people. ”

“Following talks with the authorities, we have decided to voluntarily remain closed as we enhance the security measures and protocols in such a way that it is impossible for such a sad event to ever happen again. ”

“Thank you all, staff, customers and especially our security crew who have had throughout this incident an exemplary behavior. ”

“Together we will make it possible for Opium to remain a source of pride for Marbella and for us all.”

11:40 am July 19 – Eyewitnesses to the shooting on Sunday at the Opium Nightclub in Marbella say the trouble started after an altercation between two tables.

Security staff are believed to have removed one of those involved from the premises, but he returned with a knife and proceeded to stab the Dutchman with whom he had argued earlier.

It is not clear from those accounts whether the Dutchman pulled a gun, but at least four shots can be heard being fired in video posted online. Those shots hit four customers, an Irishman in the chest, a Morrocan woman in the abdomen and pelvis and two other men who sustained non-life-threatening injuries.

Both remain in the local ICU, while the Dutchman and the two who sustained less severe injuries have been discharged.

The Dutchman was arrested on his release and is now in jail pending his appearance in court.

A companion of his has also been arrested but the reasons for his detention are as yet unclear, whilst the young man who did the stabbing is still at large and is being hunted by police.

Egan said that he had seen a deterioration in the crime situation in Marbella for some time and questioned how weapons could have made it into a crowded venue such as the Opium nightclub. He asked questions of the owners and the security at the venue as well as the police, saying what many have said online is that some of the people involved are known criminals.

But most of all Egan wanted to share a positive message. He said the once-off event tarnishes a wonderful reputation with Marbella recognised worldwide, and it was now time for the city’s residents to rally together and prove to the world that it is still one of the leading destinations.

He finished by saying: “Tell them this is not us.”

Egan said he will continue to produce TV programmes and music in Marbella, as he will share the good news story that is the city he enjoys visiting and working in.

11:12 am July 18 – It is now being reported that the shooter was a Dutch national and that one of the men involved was Irish.

Formal confirmation is still awaited from the police

Four people including an Irish man are shot and wounded at the Opium Beach Club, Marbella, Spain. The Dutch gunman was reportedly stabbed. Opium Beach Club is one of the popular spot for Brits to holiday and party in Spain.#UK #News #Spain

10:46 am July 18 – The Dutch influencer Kelly van der Minne, known for her participation in the reality show Love Island, was at the nightclub during the shooting.

She told news site AD that she lay on the floor for at least ten minutes before getting up and running out of the nightclub.

“A woman next to us was shot. She was hit in the buttock. This is just the worst thing that could happen,” she said in a video on social media. “We lay on the ground terrified for ten minutes. We just witnessed a liquidation. Please find this crazy and give him a life sentence. You can’t just take someone’s life!” Van der Minne, followed by 100,000 fans on Instagram, was unharmed. “We left as quickly as we could.”

10:06 am July 18 – According to news site OK Diario, the nephew of Spain’s King was also in the venue at the time, celebrating his birthday with friends.

Froilán de Marichalar, is the son of Elena de Borbón, kings Felipe sister. It is not known whether he was injured or whether he was still in the venue at the time of the shooting.

10:06 am July 18 – DJ Black Coffee, who was the resident DJ at the Opium Nightclub last night at the time of the shooting has posted on his Instagram that he hopes everyone got home safe.

It is not known whether he was still in the nightclub at the time or whether he witnessed the events.

Euro Weekly News has reached out to him for comment.

10:06 am July 18 – Claims have been made that the nightclub is a known haunt for those involved in the drugs trade, although that is yet to be confirmed as is the identity of those involved.

One Instagram user commenting on the footage online has said that: “The truth is that the control at the entrance, almost NO CONTROL….almost like water coming out of the tap. It’s normal for weapons to enter the venue.”

The incident has now been confirmed by the Police Association however they have supplied few details.

9:37 am July 18 – New footage taken from outside the nightclub has emerged showing the chaos and panic that followed the shooting.

Accusations have been made that a group of drug traffickers were involved, with police still investigating and yet to release a statement.

9:22 am July 18 – Unconfirmed reports are coming in of a second death with at least seven injured.

According to a witness who wished to remain anonymous, the gunman apparently opened fire shooting randomly resulting in a number of people being injured. It is not known whether any of those who attacked him were injured as a result.

8:55 am July 18 – It has been confirmed that at least one woman has died and four people injured, with the person responsible in hospital under police guard.

According to local reports, the man detained is suffering from stab wounds after a fight broke out just after 1 am in the Opium nightclub on the Paseo Marítimo de Marbella.

An altercation between a number of men is said to have resulted in knives being drawn and people being stabbed, at which point the gun was drawn and shots fired. The gunman is understood to be suffering from stab wounds to the head and the body.

A resident in the area who witnessed the scene told El Confidencial: “I couldn’t sleep because of the noise from the disco and suddenly I heard the four shots. I looked out because from the beginning I knew that these were not fireworks like the ones that had been launched on other nights.

“I saw many people running and leaving the premises so I called the police.

He added that the police were quickly on the scene and at last count, there were 18 police vehicles and at least three ambulances.

8:01 am July 18 – Unconfirmed reports suggest at least one woman has died and another four have been injured in the shooting.

Police are said to be still on the scene but as yet have not issued any reports or updates, with the investigation still ongoing.

7:21 am July 18 – Reports of a shooting at Opium Marbella nightclub on the Costa del Sol are coming in with the incident said to have happened in the early hours of this morning.

Video supplied to Euroweeklynews shows the incident taking place at around 2;30 am with the unidentified gunman opening fire after an altercation amongst the revellers.

Tweets online show the aftermath of the shooting with at least five people said to have been shot.

We just had a shooting with marbella opium, I am totally in shock 😭 #opiummarbella #BLACKCOFFEE pic.twitter.com/aq6glkC8lT

More information to follow as and when it becomes available.