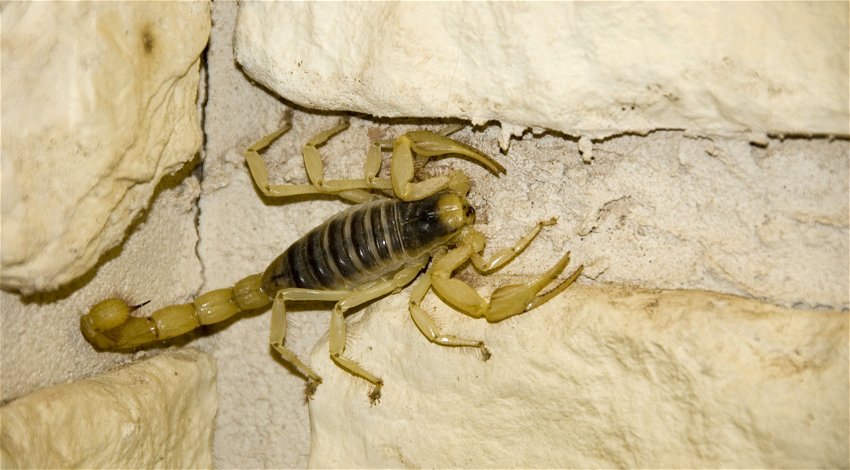 Several scorpions have been found to be holding claws which have people questioning if they are a couple in a mating ritual or two angry scorpions about to fight, according to 24 Noticias on Tuesday, July 19.

A spokesperson for Cronicas de Naturales in Torrevieja explained that “Two scorpions or scorpions in which one specimen, probably male, holds the claws of another, probably female, in what could be a nuptial dance.”

“The courtship and copulation of our scorpions is complex, with both being able to walk for some time in this way.”

The spokesperson added: “Finishing when the female is dragged over the spermatophore of the male, previously installed on the ground.”

“It could also be two males fighting, but there is something that makes me think this is courtship.”

Scorpions can be found all over Spain with the two venomous species: the yellow Scorpion, the Mediterranean scorpion, and the European yellow-tailed scorpion with a black with a yellow tail.

A sting can cause headache, vomiting, fever, fainting and difficulty breathing.

The yellow scorpion, Buthus Occitanus, is usually found in desert or rocky areas of southern Spain, usually under a rock, when it is hot.

The Spanish yellow scorpion has eight legs and two pincers, with a segmented tail ending in a light brown spur, active during the summer.

When breeding, the male and female grasp each other’s pedipalps and spin in circles for several minutes.

The male then deposits the sperm in a bag of soil, collected by the female.

The sting of the yellow scorpion is painful but with mild toxic effects, although it can be dangerous for small animals, children, the elderly and people allergic to animal stings.

If you are stung, see a doctor as soon as possible, who can apply a serum and prescribe antihistamines.