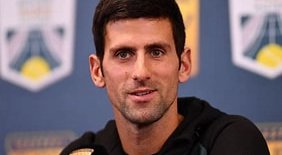 In January, we saw the first of a number of controversial decisions in banning players because of their beliefs. The Australian Immigration Ministry decided to ban Djokovic, nine times winner and current holder of the Australian title, because he refused to compromise his body with a Covid vaccination. They issued him a visa, then cancelled it and deported him during the tournament.

While it is true that the player may have misled the authorities about his whereabouts in the weeks preceding his arrival in Australia, it was mismanaged badly and effectively handed to Nadal a title that Djokovic would probably have won. Subsequently and predictably winning Roland Garros put Nadal two ahead in the Majors race. But then, once again, Nadal´s health issues intervened and a kind of rough justice (abdominal pains) left the field clear for Djokovic at Wimbledon.

Discussions about who is the GOAT always focus on who is the MPGSW. But the Most Prolific Grand Slam Winner is not necessarily the greatest player. The most obvious reason for this is the issue of health, fitness and injury. Murray and Del Potro are two great examples of this. And Nadal has had to withdraw from dozens of tournaments including numerous Grand Slam events during his twenty year career. He has thus been denied several more titles by injuries. From an elbow injury withdrawal in 2003 to back, wrist, foot, recurring knee and now abdominal problems, he possibly could and should have won almost thirty majors by now.

I have supported Nadal for twenty years because I find him a better player to watch than Djokovic. The Serb´s great defence and return of service give him mastery at negating his opponent´s game. This does not make him the greatest player, although he could well become the most successful in the men´s game.

Over three years ago I decided that, when Nadal retires, I will support Medvedev, a highly watchable and engaging player. And this brings us to Wimbledon and the All England Lawn Tennis Club.

He and his compatriot Rublev were banned from The Championships, not because of failure to comply with any rules, not because of any misdemeanours, but simply on the grounds of nationality. This is very different from hiding the nationality of Russian competitors on score sheets. It is also not the same as banning Russian teams. And ironically and rightly, the Russian Rybakina was allowed to compete – and she won the title!

The banning of world number one, Medvedev is ill-conceived and has left the Wimbledon committee looking idiotic. This is blatant discrimination – not racist but political. While the ATP, WTA and ITF responded fairly by freezing the points system, they are powerless to control the award of titles.

It now remains to be seen whether the unvaccinated Djokovic will be permitted to enter the US to try to equal Nadal´s 22 major trophies.