Former beauty queen arrested over theft of €1.65m worth of wine from Spanish hotel 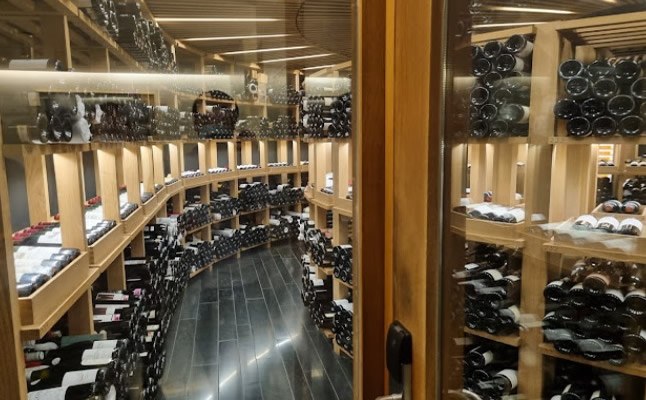 A former Mexican beauty queen and her accomplice have been arrested in connection with the theft of €1.65m worth of wine from a famous Spanish hotel in the city of Caceres.

A former Mexican beauty queen and her accomplice were arrested in Croatia on Wednesday, July 20, by Spanish police, in connection with the theft last year of 45 bottles of wine from a restaurant in Spain. The rare bottles of wine that the couple allegedly stole are thought to be worth an estimated $1.7 million (€1.65m).

In a statement from the National Police, 29-year-old Priscila Lara Guevara, and 47-year-old Constantin Gabriel Dumitru, of Romanian-Dutch origin, are accused of committing their crime on Oct. 27, 2021, at the famous Michelin-starred restaurant El Atrio Restaurant Hotel, in the medieval quarter of the Spanish city of Caceres.

Their haul of 45 bottles from the establishment’s wine cellar included one particular ‘unique’ 19th-century Chateau d’Yquem sweet white wine 1806 vintage, said by the owners to be worth about €310,000, according to dailysabah.com.

The former ‘Miss Earth’ contestant is believed to have ordered room service after the restaurant had closed, as a way of distracting the waiters at El Atrio. Her accomplice then sneaked downstairs, and entered the cellar using a master key he is thought to have stolen during one of three previous visits to the premises.

Dumitru is alleged to have filled three backpacks with wine bottles wrapped in hotel towels. They were captured on the hotel’s CCTV cameras the next day checking out of the hotel at around 5:30pm. It was later discovered that they had signed in using false Swiss identity documents.

Due to the fact that the couple had gone to extreme lengths to clean all traces of forensic evidence, they were not initially thought to be involved in the theft. Police investigators believed an organised criminal gang had been responsible.

According to El Pais, co-owner of El Atrio, Jose Polo, had told local media: “That bottle was part of my personal history, almost part of me, of the history of Atrio, but also of Caceres, of its citizens, of wine lovers all over the world”.

Once attention turned to the couple, Spanish police worked in collaboration with forces in Romania, Croatia, and the Netherlands, as well as Interpol, in an attempt to trace them, as they were found to have left Spain two days after the robbery. After months of searching, they were finally identified as they attempted to cross from Montenegro into Croatia.

According to Spanish media outlets, the bottles of wine have not been recovered and the investigation continues.