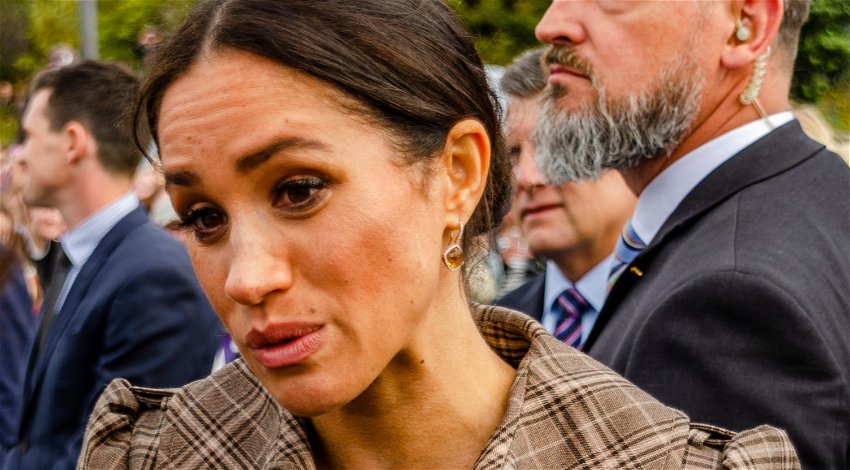 Tom Bower is the author of Revenge: Meghan, Harry and the war between the Windsors which is due to be released on Thursday, July 27.

Speaking to Ben Shephard and Charlotte Hawkins on Good Morning Britain on Thursday, July 21, Tom claimed that once Meghan realised the Royal Family was “lots of work and little reward”, she didn’t like it anymore.

When Charlotte asked: “What were the revelations that for you, sort of stood out the most because obviously, you know you approached this, there are going to be bits you know about bits you want to dig into, was there a particular part of it that you thought actually I wasn’t expecting that?”

Tom answered: “Well there was a whole story about her attitude to people she works with, especially in a photoshoot about Marks and Spencer’s chain store in Canada, where the experience of all 80 crew was just horrendous.”

“And there was an agent who told horrible stories about her bullying and her oppression, that was really quite a revelation,” he added

Ben said to Tom: “She was a very famous actress. She had a high profile in Hollywood and Suits is a series that was streamed all over the world, so people knew who she was.”

Tom disagreed referring to Meghan’s cover story with Vanity Fair while she was dating Harry.

“Well we won’t argue but I disagree with you,” he said.

“The point is until she met Harry, even Graydon Carter the editor of Vanity Fair who commissioned the article never heard of her and never heard of Suits.”

The book looks set to paint a grim picture of the couple, particularly Meghan, who is described as the “meanest person” by an advertising shoot director she once worked with.

Several leaks from the book have been doing their rounds on social media.

One stated that Harry is described as having “contempt” for Prince William and Kate Middleton, while friends struggled to understand why he “became incandescent” after spotting a paparazzi photographer in the bushes at a friend’s wedding.

However, perhaps the most explosive leak of all, is that HM Queen Elizabeth II was relieved Meghan did not attend Prince Philip’s funeral.

The interview comes days after Piers Morgan interviewed British biographer, Tom Bower, in relation to his long-anticipated new book entitled Revenge: Meghan, Harry and the war between the Windsors.