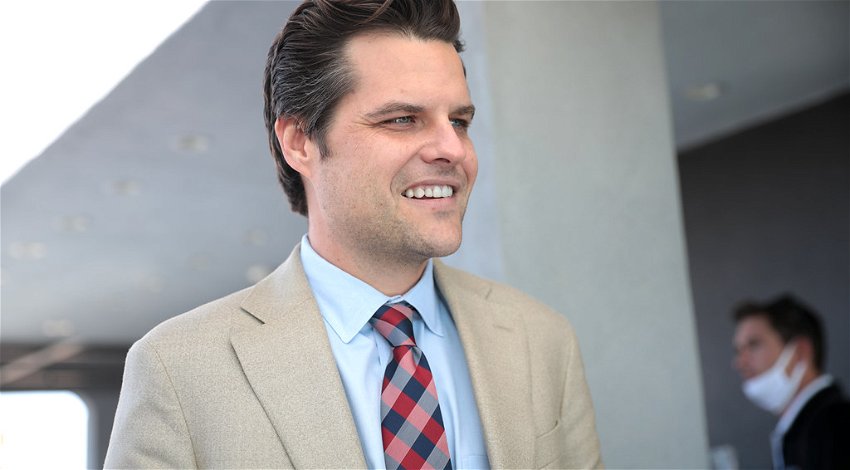 At a conservative student summit in Florida on Saturday 23rd July, US representative Matt Gaetz made a speech in which he said that ugly women who “look like a thumb” needn’t worry about abortion rights because they are unlikely to get pregnant and need one.

His comments dropped the jaws of many of the students in attendance, as well as twitter users, as a recording of it has reached more than 1 millions views, according to huffingtonpost.co.uk

Gaetz continued his speech to question “Why is it that the women with the least likelihood of getting pregnant are the ones most worried about having abortions?”. This came after he referred to the people taking part in what he termed “pro-abortion, pro-murder rallies” as “disgusting”.

He also called the people protesting against the recent overturning of Roe Vs Wade as “odious from the inside out”, saying they had “ankles weaker than the legal reasoning behind Roe Vs Wade. His speech then continued in a series of disparaging comments about their height and weight which became increasingly fatphobic, as he recommended that those marching should “march for like an hour a day” and benefit if they “maybe mix in a salad”.

Although his speech received laughter at the in-person conference, Gaetz has been highly criticised on twitter, with Dr Jack Brown calling him “Pathological AF” because Gaetz “believes that a person’s physical attractiveness (by definition, highly subjective) should be proportional to their level of human rights”.

Other comments reminded twitter users that this misogynistic speech was made by a man “who had to pay for sex and trafficked teens” and that Gaetz should “sit all the way down”.

Another tweet described his speech as “completely obscene” given that “his gigantic, ugly cranium should be in prison for having to have sex with girls”.