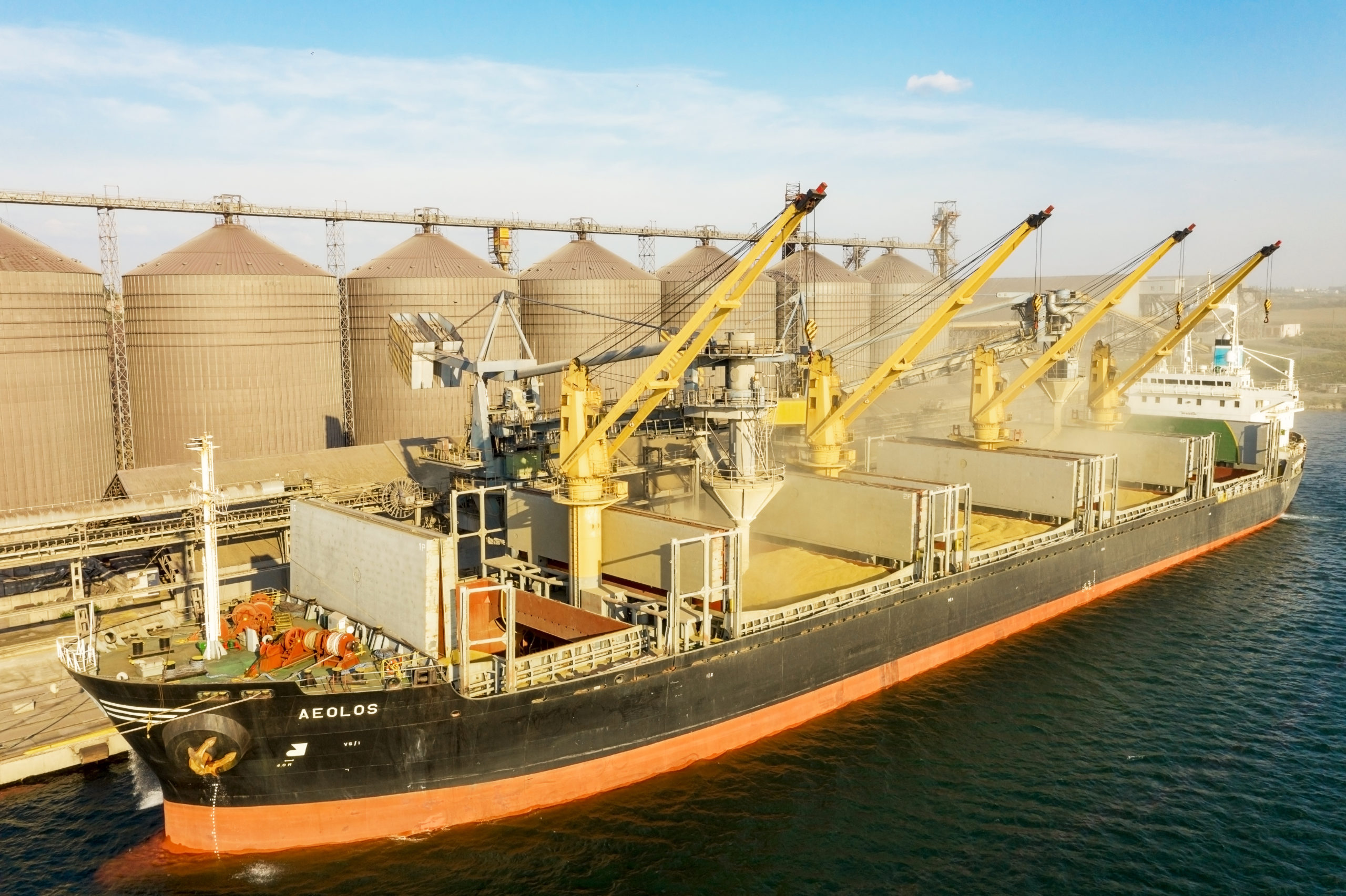 Image of a vessel in the port of Odesa. Credit: Elaina Larina / Shutterstock.com

9.02 am : July 25 – Sergei Lavrov, Russia’s Foreign Minister has today given assurances that he had:  “Reaffirmed the commitment of Russian grain exporters to meet all their commitments.”

Speaking in Egypt which imports around 80 per cent of its annual requirement from Russia he said: “We discussed specific parameters of cooperation in this area, agreed on further contacts between the relevant ministries, and we have a common understanding of the causes of the grain crisis.”

A blockade of Black Sea ports brought on by the Russian invasion of Ukraine has caused a world shortage of grain, pushing prices up globally and creating supply bottlenecks across the world. The deal brokered by the U.N. and Turkey was supposed to bring an end to the problem, but all of that was put in jeopardy after Russia bombed the port of Odessa within hours of signing the deal.

Ukraine for its part, said today, that it is working frantically to get the supplies of grain going again and that it will begin exports immediately but that continued threats from Russia could result in stoppages and delays.

Ukraine’s military said that they intercepted two Russian missiles that targeted the grain export facility in the City of Odessa whilst two others reached their target early on Saturday morning.

Russia agreed not to target ports while grain shipments are in transit, but Ukraine’s authorities believe that the facility was deliberately targeted as it is believed that the facility itself is not covered by the deal.

RF is predictably worthless. The ink has not had time to dry out, yet there are two vile provocations: attack on a sea port in Odessa and a statement by 🇷🇺 Defense Ministry that 🇺🇦 ports are "dangerous for shipping". A reminder to the world of what ru-"pursuit of peace" is worth. pic.twitter.com/bxIvMQqXxu

Oleksiy Honcharenko, a local MP, said online: “These scumbags sign contracts with one hand and direct missiles with the other.”

The extent of the damage is unknown, as its effect on future grain exports.

5.45 pm : July 22 – The end could be in sight for high food prices as Russia and Ukraine have reportedly signed a UN and Turkey brokered deal to reopen grain exports.

The deal signed on Friday, July 22 will see Ukrainian Black Sea ports used for the export of grain reopened, raising hopes that some of the international food crisis started by Russia’s invasion of its neighbour will come to an end.

The deal was agreed upon following two months of talks and resulted in what U.N. Secretary-General Antonio Guterres called a “package” that would both restore Ukrainian grain exports while easing Russian grain and fertilizer shipments.

"This is an agreement for the world."

— @antonioguterres calls signing of Black Sea Grain Initiative a beacon of hope, possibility & relief in a world that needs it more than ever. https://t.co/hRUq11fMvf pic.twitter.com/17oHzYnGR9

The deal comes despite the ongoing war and the tough Western sanctions on Moscow.

If the deal between Russia and Ukraine is kept to, then this could be the start of the normalisation of food prices. Only time will tell with Russia having failed to keep to agreements before, but perhaps now is the time and the opportunity for the world to step in and ensure that the agreement is adhered to.