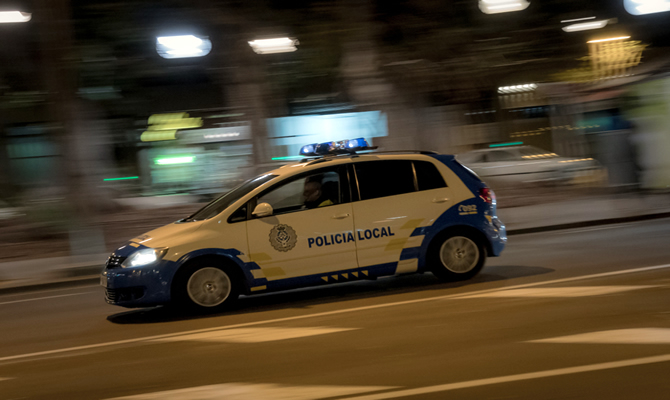 A mother in Santa Cruz, on the Canary island of Tenerife, abandoned her two children outdoors in direct sunlight.

Local Police police officers on duty on Monday, July 25, in Santa Cruz, the capital of Tenerife in the Canary Islands, made the shocking discovery of two children who had been abandoned by their mother. They were found on a plot of land in the El Sobradillo neighbourhood of the city.

The two children, aged 11 and two, were found after the police received notification at around 6pm, informing them of the situation regarding these two kids.

According to a statement from Santa Cruz Town Hall, upon the arrival of the police at the scene, a neighbour was already providing water to the children. The officers verified that the children had been left where there was no shaded area, in excessive temperatures.

Their mother was nowhere to be found, but the officers were subsequently informed by several of the neighbours that this situation was not uncommon. The officers were told that “the parent usually leaves them alone in that area with some food and they remain there for several hours”.

As indicated by the Local Police, the children were in a state of agitation and their special vulnerability and the seriousness of these events were verified. Members of the Unit Attached to the Children’s Prosecutor’s Office were deployed to apply the appropriate procedure in these cases.

“At all times, and with the data collected, an attempt was made to locate the mother of the children, although with unsuccessful results, so much so that the judicial authority even ordered their admission to a shelter”, said a police report.

It continued: “The neighbours insisted that this behaviour is habitual on the part of the mother. After assessing the physical state of the children, especially the two-year-old boy, they were transferred to be evaluated at the Tincer health centre”.

Steps were subsequently taken to carry out proceedings due to the seriousness of the conditions to which the children were subjected, and the possible commission of a crime by the parent.

Later that same day, the Local Police received a call from the Coordinating Centre for Emergencies and Security (CECOES ) 1-1-2 of the Government of the Canary Islands. It was from the mother of the little ones, who expressed her concern for not finding them in the lot where she had left them.

The 45-year-old woman was immediately instructed to appear at the police station, where the children were eventually handed over to their mother.

She was informed of all the actions carried out and the transfer of the appropriate reports and proceedings to the relevant authorities, from the Juvenile Prosecutor’s Office, the municipal Department of Social Care, and the General Directorate for the Protection of Children and Family of the Government of the Canary Islands, as reported by laprovincia.es.