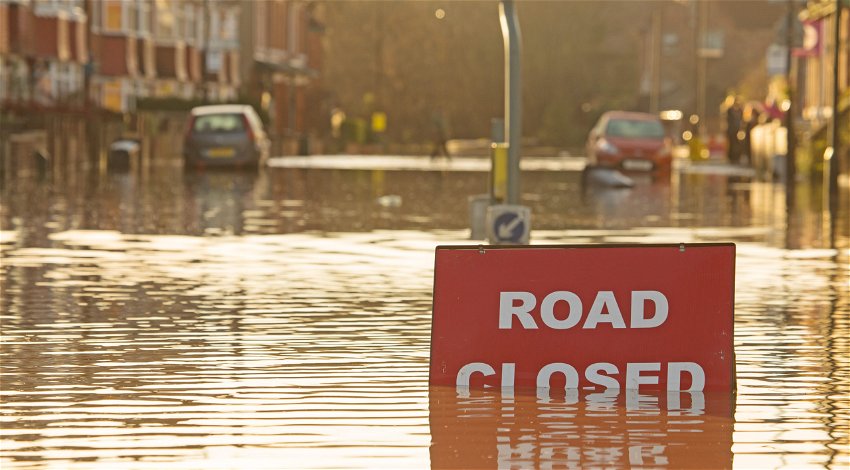 The UK’s sea levels are reportedly rising much faster than last century, according to the Met Office’s State of the Climate report, as reported on Thursday, July 28.

In the latest report, the Met Office assessed climate change in the UK and its effect on sea levels and temperatures, as well as extreme weather events.

According to the report sea levels in the UK have risen around 16.5cm (6.5 ins) since 1990, with the rate of rise is increasing by 3-5.2mm a year, more than double the rate of increase in the early part of last century.

This poses a threat to the environment and homes, with powerful storms and winds hitting coastal areas, putting up to 500,000 homes at risk from flooding.

The UK’s climate in 2021 would have been exceptional 30 years ago, according to the report, however, in modern standards it is “unremarkable”, with hotter temperatures becoming more normal.

This is exemplified by the fact that if 2021 temperatures had been recorded in 1992, they would have been some of the highest recorded temperatures in UK history.

“Although 1°C of warming might not sound like much, it has led to maximum temperatures like the 32.2°C we saw in 2021 becoming routine rather than the exception. This is particularly stark when considering the record-breaking heat the UK experienced just last week,” stated the report.

Spring is also arriving earlier in the UK due to climate change, with some species blooming earlier, although unusually cold temperatures in April also caused unexpected delay for the blooming of other plants.

The news follows reports of Just Stop Oil protesters blockading the UK’s M25, in a response to extreme climate change, by climbing up on motorway signs, as reported on Wednesday, July 20.