Iberdrola and BP to install 11,000 fast-charging points in Spain and Portugal 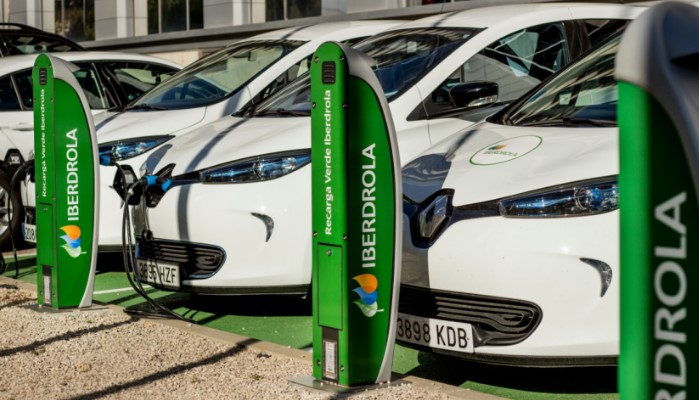 A joint venture by Iberdrola and BP will see them install 11,000 fast charging points in Spain and Portugal.

Iberdrola and BP have announced their joint plan to accelerate the energy transition. The two companies will collaborate to expand the rapid public recharging infrastructure for electric vehicles in Spain and Portugal. They have also decided to develop large-scale green hydrogen production centres in Spain, Portugal, and the UK.

Ignacio Galan, Chairman of Iberdrola, indicated that “with this agreement, we continue to make progress in decarbonisation and energy self-sufficiency through the electrification of two key sectors of our economy, transport and industry”.

He continued: “The dimension of this challenge requires alliances between companies such as Iberdrola and BP, which have the necessary technology and knowledge to help accelerate industrial development in Europe, and, at the same time, generate well-being and new opportunities for all, through clean energies”.

CEO of BP, Bernard Looney, stated that: “Developing the low-carbon energy solutions that our customers demand requires the integration of different technologies, capacities, and forms of energy, and we will be able to achieve it faster and on a larger scale by working collaboratively with others”.

Both companies will create a joint venture with an investment plan of up to €1,000 million. They will create a network of 11,000 fast and ultra-fast public charging points that will be deployed by 2030, in which it will be possible to charge all types of electric vehicles, whether they are cars, vans, or heavy vehicles.

Initially, the objective is to install and operate 5,000 points by 2025, among which will be its current and future fast-charging centres. Both companies already collaborate in the execution of public and domestic recharging in the United Kingdom.

Iberdrola will offer comprehensive mobility services to cover all the needs of electric vehicle users. These will include residential, business, and public recharging, including solutions for urban and heavy transport such as the electrification of buses and lorries. Currently, Iberdrola has 2,500 operating points and a similar number under development supplied with renewable energy.

BPs objective will be to help expand its recharging network by using part of its network of service stations, with recharging hubs in the joint venture in Spain and Portugal.

Another joint venture in which both companies will participate in will see them produce green hydrogen on a large scale in Spain, Portugal, and the United Kingdom, as well as its ammonia and methanol derivatives. The objective is to develop centres with a capacity of up to 600,000 tons per year.

BP’s refinery in Castellon will be an integral part of the deal. The two companies, together with the Technological Institute of Energy, have presented the Castellon project to the PERTE call for the Hydrogen Value Chain called by the Government.

Other projects will also form part of this agreement between Iberdrola and BP. The two joint ventures should be incorporated by the end of the year after having the necessary regulatory authorisations.