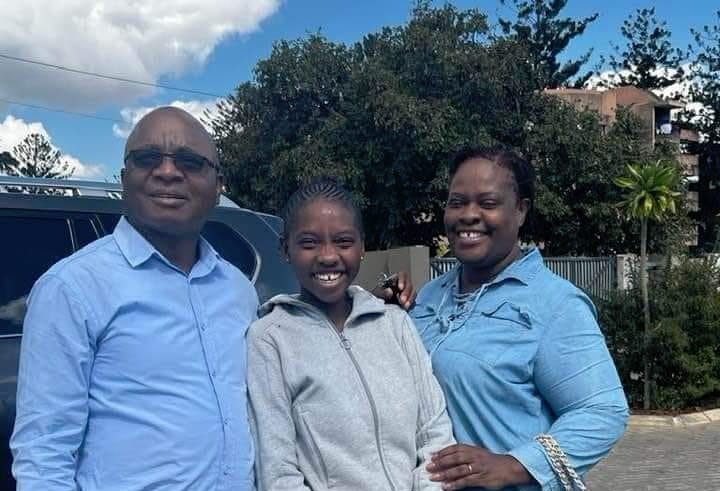 ZAMBIA is in mourning on Monday, August 1 after the 13-year-old daughter of the country’s Secretary to Treasury, Felix Nkulukusa, died suddenly after complaining of feeling tired.

According to local media reports, Munsaka Nkulukusa, 13, was playing with her cousin Munsaka Mabolobolo and other friends at the Ibenga Girls Boarding School in Ibenge, Zambia when she said that she needed to go rest in bed. Sadly, she died suddenly before her friends came to check on her.

The 13-year-old apparently went to bed at around 8 pm on Saturday, July 30 but when the friends of Mr Nkulukusa’s daughter returned to the dormitory to check on her, she was unresponsive. She was rushed to Ibenga Mission Hospital but she was pronounced dead upon arrival, as reported by tiozambia.com.

According to Copperbelt Police Acting commanding Officer Sharon Zulu, the girl’s called the head teacher upon their discovery. “The headteacher came to the dormitory and upon seeing Ms Nkulukusa, she rushed her to the hospital where checkups were done by medical personnel who later certified her dead.”

Tributes have been paid on social media following the sudden death of the young teenager.

Chibamba Kanyama said on Facebook: “My deepest condolences to my dear young brother Felix Nkulukusa (Secretary to Treasury), wife and family on the tragic loss of the last born daughter Munsaka. Munsaka, 13, was a Grade 8 pupil at Ibenga Girls. She simply complained of fatigue and found motionless on her bed moments later. Burial arrangements will be announced later.”

Another wrote: “It is heartbreaking to lose a child. 13-year-old Munsaka Nkulukusa, the last-born daughter to Secretary to Treasury Felix Nkulukusa, just told her friends she wanted to rest after playing in the dormitory at Ibenga Girls school. Little did her friends know that was the last they would ever hear from her. This is so heartbreaking. Remember the Nkulukusas in your prayers.”

“My deepest condolences to Secretary to Treasury Mr Felix Nkulukusa and family on the sudden loss of their daughter. May God comfort the family during this difficult period. May her soul rest in peace,” wrote another.

While another on Facebook said: “My condolences to Felix Nkulukusa (Secretary to the Treasury) the wife and family on the loss of their daughter Munsaka, who was in Grade 8 at Ibenga Girls. We mourn with the family and May God comfort the family.”

The news of Munsaka Nkulukusa’s death comes after another 13-year-old girl died suddenly after complaining of feeling tired and going to bed.

On Thursday, July 14, reports of the death of a 13-year-old girl from Vaiano, in the province of Prato, Tuscany, swept the country.

The teenager, who had recently been diagnosed with myocarditis, died from a sudden illness on Wednesday, July 6, 2022 while at home with a friend.

She began feeling unwell so went upstairs to her room on the upper floor of the house and following several minutes without reappearing, the friend went to look for her.

Upon entering the girl’s bedroom, the friend found the 13-year-old lying on the floor.

Parademics from San Paolo rushed to the scene as well as a rescue helicopter.

CPR was performed on the girl but she was pronounced dead on arrival at the hospital in Prato.