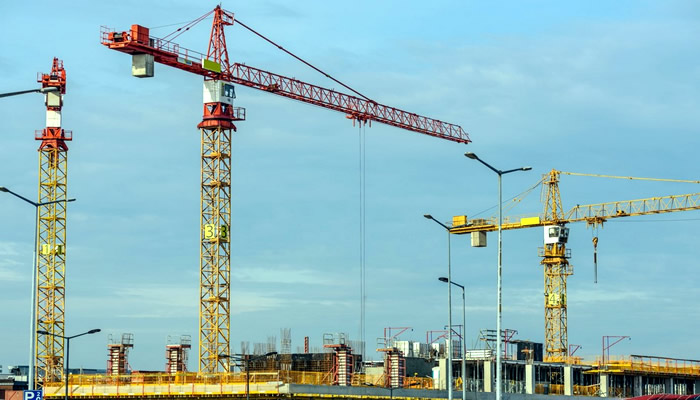 19 companies in Malaga province have been denounced by the construction workers union for failing to comply with preventive planning against heat stroke.

CCOO, the union representing construction workers in Malaga province has denounced 19 companies for failing to comply with preventive planning against heat stroke. This was announced today, Monday, August 1, by Juan Antonio Rueda, the union’s general secretary in Malaga.

The figure refers to incumbent companies, without considering subcontractors; if so, the number of companies reported would apparently exceed 70.

Non-compliances reported include the absence of shade in the workplace, as well as not providing sun cream, eye protection or fresh water. “It is not enough just to have a tap”, pointed out Mr Rueda.

An official agreement between the union and employers regarding working during the heat of summer has yet to be signed. The objective of the discussions is to reduce the number of hours that construction workers should spend in hot temperatures, to avoid the effects of heat exhaustion.

A date from which this should come into operation can not be agreed upon. There is a difference of opinion, with the employers proposing that this work band should begin on July 18 and end on August 31. According to the union, this is insufficient.

With a view to 2023, the CCOO has emphasised that given that heat waves have been taking place in Malaga since June, it will be requested for June to be the starting date from which this schedule is established.

The union has requested that working hours during summer should be from 8am until 3pm, and continue through to the start of September. Giving weight to this argument is the fact that there have already been three cases of heat stroke suffered by construction workers this summer.

Two of these incidents were mild, but one has had serious repercussions. As pointed out by Maria Dolores Ramos, the CCOO Secretary of Health, the family of this latter worker has denounced the company.

On June 15, after fainting on the stroke of 3pm at a construction site, the worker was transferred to the Clinical Hospital of the capital where he is currently hospitalised, after spending 16 days in a coma. His condition has allegedly caused serious consequences, and it is still unknown if they will be irreversible.

He has suffered reduced mobility, along with an almost total inability to speak or communicate. After reporting his case to the prosecutor’s office, a report from the Labour Inspectorate is still pending.

Every year, CCOO presents this campaign to reduce accidents due to heat stroke. “We talk about reducing because eliminating it is practically impossible”, they explained. This initiative is being carried out at the national level since both exposure to solar radiation and high temperatures are factors that increase in the construction sector.

As explained by Ramos, in the case of Malaga, there are circumstances in which they have more hours of heat than other provinces, and so the situation for workers worsens, as reported by malagahoy.es.