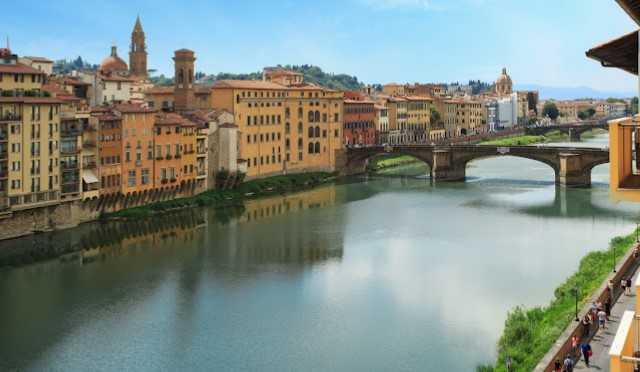 It has been claimed that rugby star Ricky Bibey had his heart attack whilst viciously assaulting his girlfriend in an Italian hotel room.

A cleaner apparently found 44-year-old Jennie semi-naked and covered in blood in the corridor outside their room, screaming for help. She was admitted to the Careggi hospital in Florence suffering from severe injuries, where she reportedly underwent three operations.

Jennie has since been discharged but is said to need further treatment, according to an exclusive report today by the MailOnline.

“Jennie has explained to the police that the night Ricky died he was completely out of control and that he had attacked her. She has been discharged from hospital but is still in Italy as she needs a specialist medical flight to repatriate her back home where hopefully she can try and rebuild her life”, Jennie’s lawyer, Stefano Goldstein told the MailOnline.

A friend of Jennie’s told MailOnline: “She (Jennie) is the victim of a shocking and violent attack in the hotel room at the hands of the man she had a long-term relationship with. She has been doing all she can to help the Italian authorities piece together what happened that night, speaking to them as a witness and as a victim of a domestic assault”.

“Jennie had been with Ricky for three years. They went to Florence for what was supposed to be a health break at a spa. Ricky had suffered mental health issues in recent times and experienced a serious downturn in the last six months”, continued the friend.

The friend explained that: “She has suffered several serious injuries, including one to her eye socket which is very worrying. She is in a wheelchair currently as she recovers from the assault. She was discharged from hospital some days ago and has been staying in a different part of the city”.

“Although travelling home gives some logistical challenges, it is felt being at home is the best place for her. Her family are in the northwest and she has many friends who will be supporting her during her recovery”, said Jennie’s friend.

“Jennie is a strong individual who will get through this with the support of her loved ones but will need to take it one day at a time”, the friend added.

A Florence police source told MailOnline: “We were not able to speak to the woman for more than a week because of her injuries, but when we did we were able to build up a clearer picture of what happened that night between them, and it’s clear she was the victim of a violent attack”.

They added: “The autopsy has shown that Ricky Bibey died from a heart attack and we are awaiting the final toxicology results, but we know he had taken cocaine and alcohol in the hours leading up to his death”.