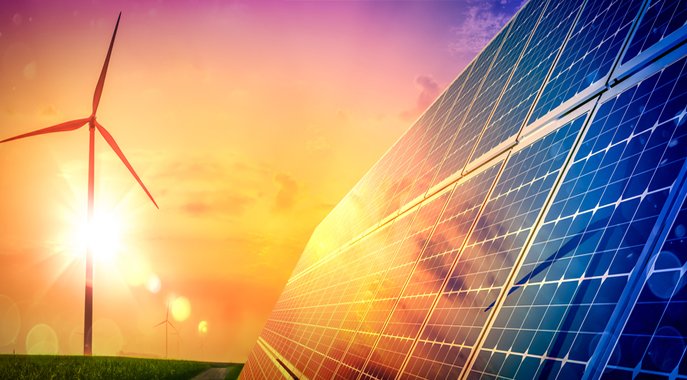 With the current energy crisis that has unfolded as a result of the conflict in Ukraine, renewable energies have become a top priority in Europe. As a result, Malaga City Council is currently processing seven private actions related to renewable energies.

These include a reversible hydroelectric power plant, a wind power plant, and five photovoltaic plants throughout the province. According to Raul Lopez, the Councillor for Territorial Planning, there were eight projects initially, but one of them was withdrawn, as reported by malagahoy.es.

The Municipal Urban Planning Management (GMU) is processing the seven licenses because, although it is true that only two will be carried out in the municipality, the total runs in whole or in part by the same process, as long as all the high-voltage lines for the derivation of the energy generated lead to the plants of Los Montes or Los Ramos.

In this procedure, the objective of the GMU is none other than to guarantee the compatibility of the actions “with the urban planning regime and other regulations applicable to the land on which the projects are promoted, depending on their situation and location, within the Municipal District of Malaga”.

Located entirely within the municipality of Malaga, the El Limonero Reversible Hydroelectric Power Plant Project is one such project. It will be located on 11.5 hectares of land and will be capable of generating 63 MW. Also, the Cortijo Nuevo Photovoltaic Solar Plant will operate on 37 hectares, and that will generate 20 MW.

The rest of the projects are located in the towns of Almogia, Casarabonela and Alora. With the development of these projects, the planned installation power in the province of Malaga is 389 MW .

A total of 75 km of high voltage lines, alternating overhead and subway sections through Malaga’s rural and urban land will be laid in the initial infrastructure stages stressed the GMU.

The processing of the related files began when Law 7/2002, of December 17, on Andalucian Urban Planning was in force. In the context of this regulatory framework, the criterion that has governed the urban compatibility reports has been to comply with the protection and use regime defined by the current PGOU for the different categories of non-developable land.

They also have to comply with the urban planning regulations of the General Plan (PGOU) for developable and urban land. Compliance with the PGOU has therefore been guaranteed, which promotes the organisation of the electrical infrastructures that will run through Malaga.

Lines will be installed through the defined electrical corridors. This will require the lines with voltages between 66 and 220 kV that run on the non-developable land, to go through said land reserves, ensuring the minimum impact on the projects on the territory.

In the case of the layouts of all the newly established lines, which run through urban or developable land, their underground laying has been required – in accordance with the urban planning regulations of the PGOU – with the criterion of eliminating aerial sections in the urban fabric of this General Plan.

For more information on how much solar panels cost in Spain and how to install solar electric, read the Euro Weekly News’ guide to installing solar panels in Spain.