Malaga Fair is back this August after a two-year hiatus, with a slightly different format 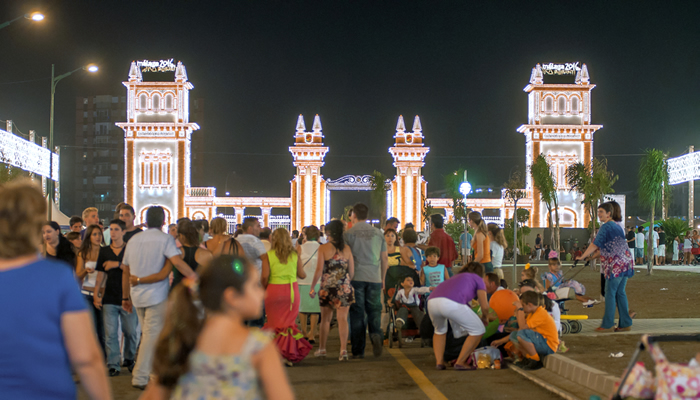 After a two-year break due to the pandemic, Malaga Fair is back, starting on Friday, August 12, but with a different format.

After two years in limbo thanks to the pandemic, Malaga Fair will return this August. As confirmed by Teresa Porras, the Councillor for Fiestas, this year’s inaugural proclamation will be made by Maria Pelae, a singer from Malaga.

In a change to the normal proceedings, the fair will start on Saturday, August 13, instead of on the traditional Friday. Instead, Friday, August 12, will be reserved for a pyrotechnic display, followed by a musical show, although there could be some last-minute additions.

Porras avoided confirming the exact location from where the artist will welcome the fair. If the proclamation is moved to Saturday, it seems logical that it serves as a prelude to the inauguration of the lighting in the Cortijo de Torres.

That could be seen as one more step in the attempts of the City Council to promote this recreational space. It would serve the purpose of attracting more public by removing it from the city centre, which also limits the possibility of crowds of young people bringing bottles of alcohol for partying.

The new scenario will be the third since this activity began. From the first edition back in 1987, until 2005, it was held on the main balcony of the City Hall itself, on the Paseo del Parque. Since then, and until two years ago, it had been moved to Malagueta beach.

Saturday will open as is tradition, with the flag-bearer’s pilgrimage to the sanctuary of La Victoria, to visit Santa Maria de la Victoria, the patron saint of Malaga. This year, the person in charge of carrying the local banner will be Rafael Prados, the former owner of the now-defunct Cafe Central.

The format of the first hours of the Malaga Fair will be as follows: Friday night, August 12, fireworks; Saturday morning, August 13, pilgrimage of the flag bearer; at midday, the inauguration of the fair of the Centre.

On Saturday night will be the proclamation followed by the lighting of the cover of the Real de la Feria. Malaga Fair will run until Saturday, August 20, as reported by malagahoy.es.