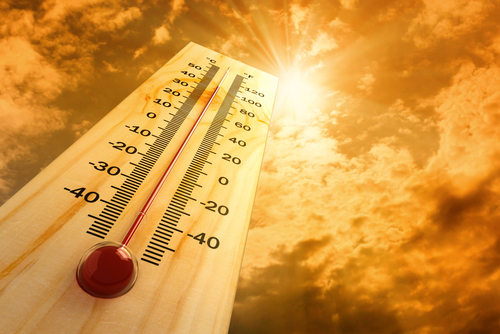 Temperatures in the first half of August are going to be higher than they normally are according to AEMET, the State Meteorological Agency.

According to the weather forecast predictions on Tuesday, August 2, from AEMET, the State Meteorological Agency, Spain is going to experience higher temperatures than normal.

As explained by Ruben del Campo, the AEMET spokesman @Rub_dc, their extended forecast is that this will affect “practically the entire country during the first fortnight of the month”. An increase of between three and six degrees above normal for August could occur said the expert, especially in the central and northern regions of the country, as well as along the Mediterranean coast.

Yellow, and even amber alerts, were already in place on Monday for extreme heat in 34 provinces, although three more were issued with warnings for rain and storms.

Extremadura is forecast to reach 42°C, while Ourense, Toledo, Avila, Caceres, Badajoz, and Salamanca could see close to 40°C. Sevilla and Jaen in Andalucia will also experience heat close to 40°C, while Cordoba could go up to 42°C.

The waters of the Mediterranean Sea are currently up to five degrees higher than normal in the western region according to Del Campo, and will likely remain that way for the next two weeks.

Maximum temperatures will drop in western Galicia but increase in the Cantabrian area, the north of the North Plateau, the western Pyrenees, and the upper and middle Ebro regions. The Guadalquivir, Guadiana, and Tajo valleys are expected to hit 40°C. Minimums will rise in the middle parts of the Canary Islands, and in the northern plateau of Spain, where strong winds could affect parts of Galicia.

One weather phenomenon that August never has to worry about is rain, although there is a slight possibility of storms in some of the more mountainous regions of the country. The forecast heading towards the weekend is for the mercury to rise even higher by Sunday, August 7.