WATCH: Farmers protests in the Netherlands end in police violence and arrests 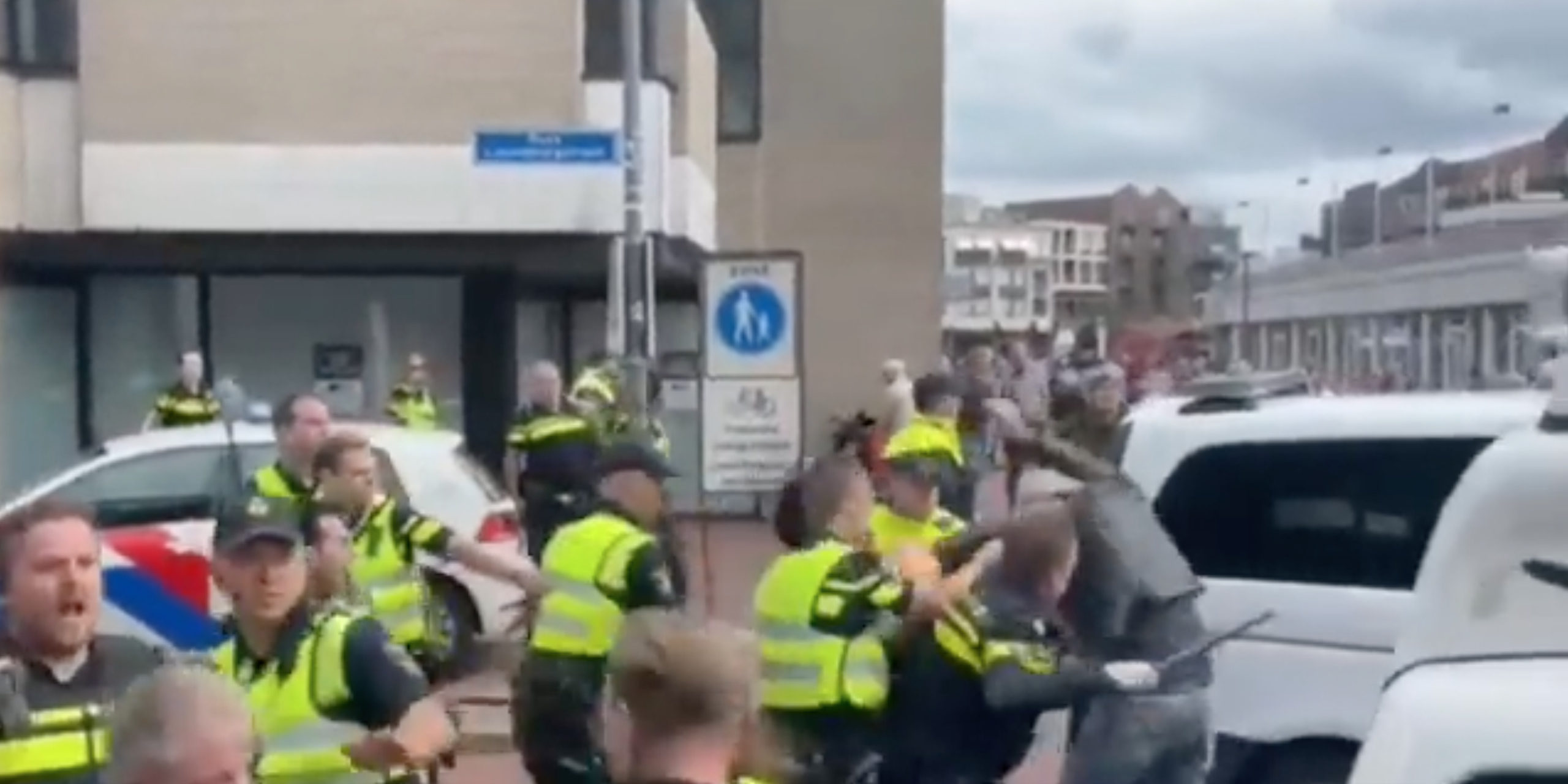 Various videos of farmer protests in the Netherlands have shown alleged police violence and arrests of participating protesters.

The mass farmers protests seen in the Netherlands are due to their outrage over new government regulations that will force them to reduce their nitrogen fertiliser compounds, leading to a reduced number of their livestock, ultimately causing bankruptcy in family-owned businesses.

The farmers protests have since been seen in Poland, Italy, and Spain, after strikes in the Netherlands have led to many supermarkets running out of food, as the anti-government movement continues.

“The Netherlands 🇳🇱 Mark Rutte’s Government unleashes his thugs on Peaceful Dutch Farmers in Almelo to Teach Them with Batons the Notion of Climate Change.”

“WE MUST STAY UNITED AGAINST FASCISM”

Want to See what happens next? #Netherlands initially peaceful #FarmersProtest, provoked by #Romeos?https://t.co/rVtSbiUJme

Another user claimed undercover police arrested a supporter of the farmers protests in the Netherlands:

It's shifting. It won't be much longer before the peaceful protesters won't take the police violence anymore and start fighting back.

Unfortunately the Dutch weapon laws are among the most strict in the world, so we can expect some casualties.
But we got the numbers. We'll win.

One Twitter user spoke questioned the government’s claims on climate change and farmers in the Netherlands, stating:

The number of plans over Europe at any given moment. And they tell us to worry about cow farts. It's all about robbing farmers of their land. Gates and Klaus Schwab wants their farmland and want it cheap. First, they do it in the Netherlands, later in the rest of the EU. pic.twitter.com/46zi93xsSU

Another user warned of the death of huge numbers of cows in the Netherlands if the farmers protests are unsuccessful:

The news follows reports of farmers in the Netherlands continuing their mass protests by blocking entire highways with manure and setting hay on fire, as reported on Wednesday, July 27.