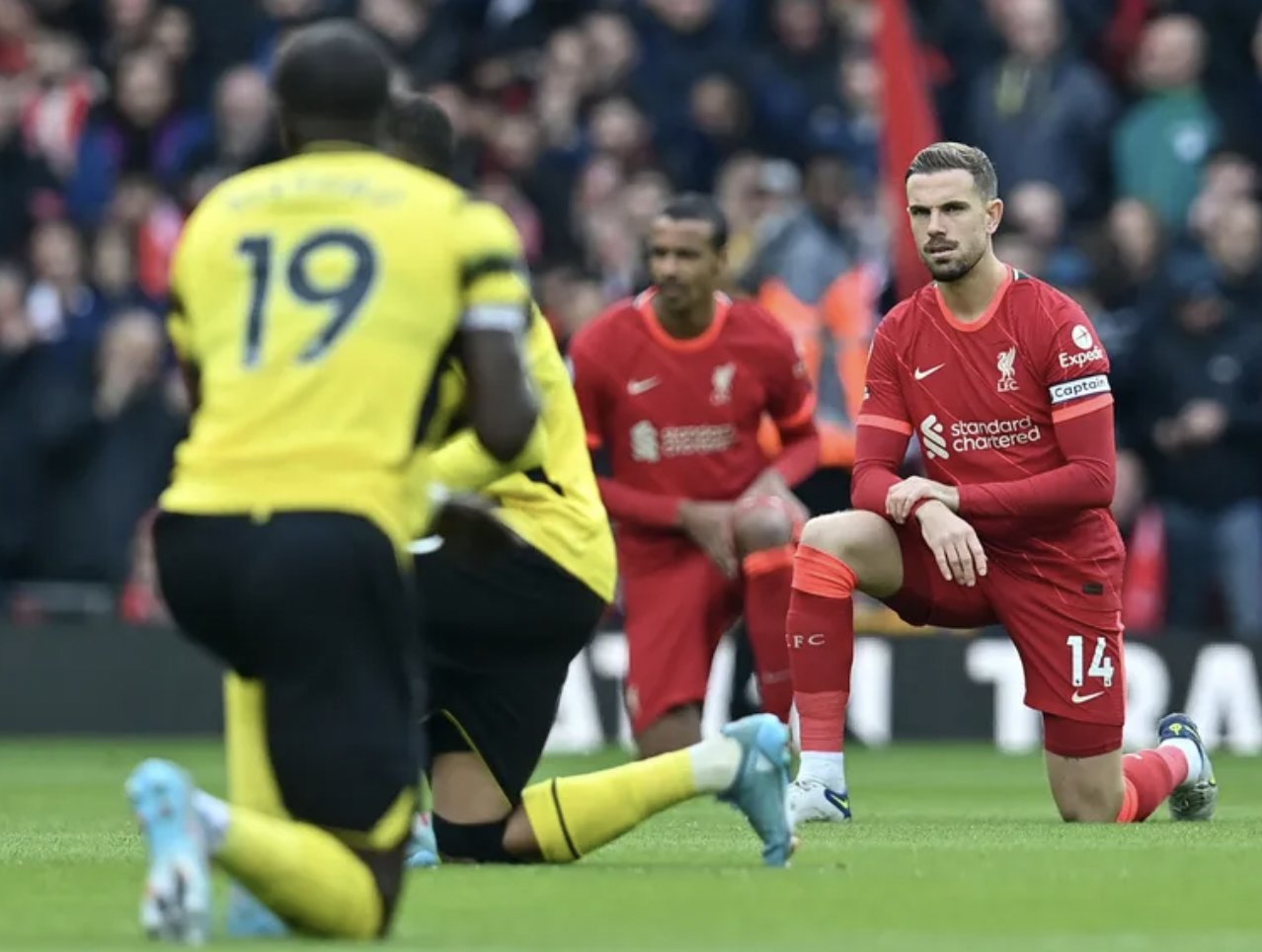 Footballers will no longer take the knee at all Premier League matches in their continued fight of racism, as reported on Wednesday, August 3.

According to the Premier League, footballers will now only take the knee at certain football matches, in a bid to amplify their anti-racism message.

“We have decided to select significant moments to take the knee during the season to highlight our unity against all forms of racism and in so doing we continue to show solidarity for a common cause.

“We remain resolutely committed to eradicate racial prejudice, and to bring about an inclusive society with respect and equal opportunities for all.”

The Premier League stated that it “supports the players’ decision and, alongside the clubs, will use these opportunities to elevate anti-racism messaging as part of the League’s No Room for Racism Action Plan.”

Players will reportedly take the knee during the opening match round of the season, dedicated No Room for Racism match rounds in October and March, Boxing Day fixtures following the conclusion of the FIFA World Cup Qatar 2022, Premier League matches on the final day of the season and The FA Cup and EFL Cup Finals.

Youth clubs will also receive a total of £238,000 in donations raised by the Premier League captains after £119,000 was raised from the royalties of the “No Room For Racism” sleeve badges sold on club shirts last season.

The Premier League has matched the figure raised from the badges as part of the contribution to those clubs.

About' time there should stop prompting this Marxist…. movement which just divided people I also want to enjoy a nice piece of game without having all this political staff in my face.