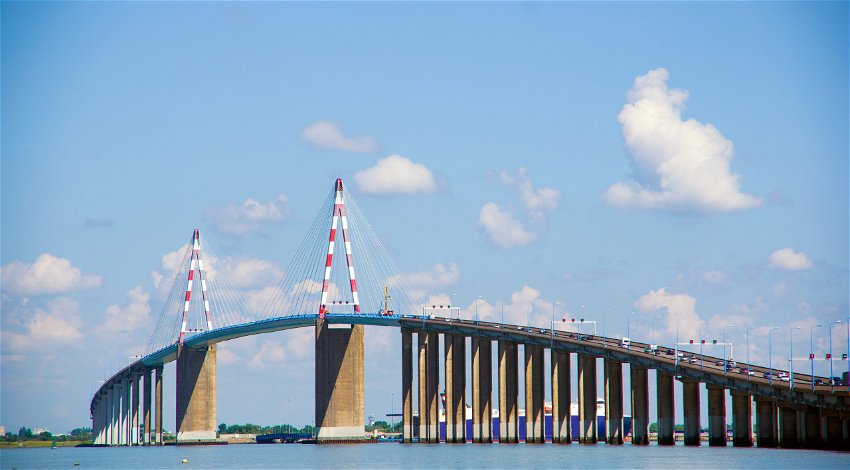 A BRITISH cyclist suffered a serious heart attack shortly before 12 pm on the Saint-Nazaire bridge, on the Montoir-de-Bretagne side, in France on Wednesday, August 3.

A 60-year-old Englishman collapsed in Montoir-de-Bretagne, at the entrance to the Saint-Nazaire bridge after suffering a massive heart attack, according to local media reports.

News outlets in France stated that the man was cycling with another person who notified the emergency services of the scary incident.

According to Ouest France, ambulance crews rushed to the scene and managed to revive the man, but required further assistance from an emergency helicopter.

The Englishman was airlifted from the Saint-Nazaire bridge, which is a cable-stayed bridge spanning the river Loire and linking Saint-Nazaire on the north bank and Saint-Brevin-les-Pins on the south bank, to the Nantes University Hospital where is currently hospitalised in “a critical condition”.

The news of the cyclist’s heart attack in France comes after triple French truck champion Anthony Janiec died following a heart attack at the age of 37.

Janiec died on Sunday, July 31, however, news began circulating of his death on Monday, August 1.

He leaves behind his family and his two children.

“It is with great sadness that we have to announce the death of our driver, Anthony Janiec, following a heart attack. Three times French champion, Anthony was a great driver who lived his passion for motorsport to the full and made us all thrilled by his talent.

“Capable of starting last and winning a race, of obtaining victories in the European championship; he was always in a good mood and was one of the best drivers in our discipline.

“We will all miss Anthony. All our thoughts go to his family and his two children. He has gone to heaven to join Patrick, the founder of our team, who also left much too soon but who is still in our hearts every day.”