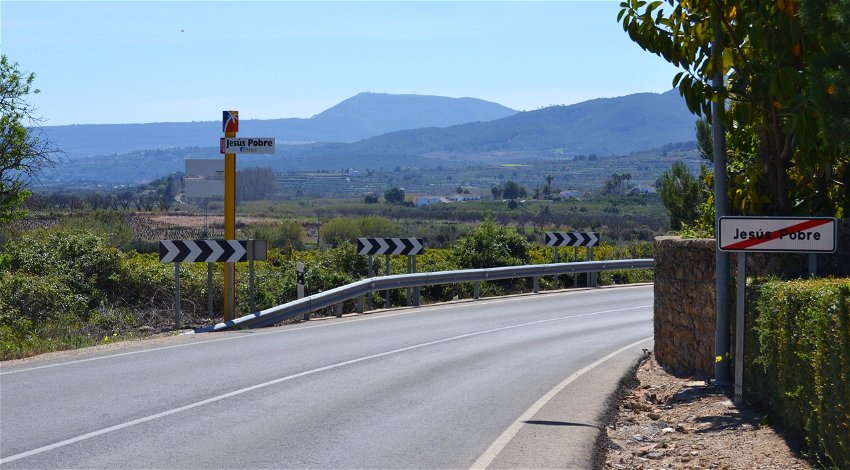 The Jesús Pobre access road, currently a major bottleneck, is to be improved “ending a problem that has dragged on for years.”

Work on the improvements to the road began on Tuesday, August 2 and will continue for three months.

The road has been a problem for at least 30 years with the Jesús Pobre Mayor, Javier Scotto explaining: “In October this work will be finished and Jesús Pobre will have solved a traffic problem that has dragged on for years.”

Scotto said that the improvements will allow vehicles to come and go from the town by the Dénia road (CV738). To achieve this, the Cases Noves Street will be upgraded and tarred. Sidewalks will be installed along with street lighting ensuring safe passage in and out of the town.

Street furniture will also be added along with trees, making the pedestrian walkway a pleasant place to stroll and sit.

Scotto added: “This work will put an end to the traffic problems that exist in the municipality since on many occasions there are collapses since some drivers cannot find an exit. From now on, all this will be easier, since the new exit will be indicated and that bottleneck will no longer occur in Cases Noves.”

To enable the work to be completed some changes have had to be made to roads within the town, including in Calle Mayor, which will become a two-way street for the duration of the works.

The mayor went on to thank owners along the road who are allowing the contractors to use their properties to carry out the work, a quid pro quo for doing and paying for the work.

Jesús Pobre residents will be overjoyed to know that work has begun on foxing the access road, with the main road considered dangerous during peak traffic times.