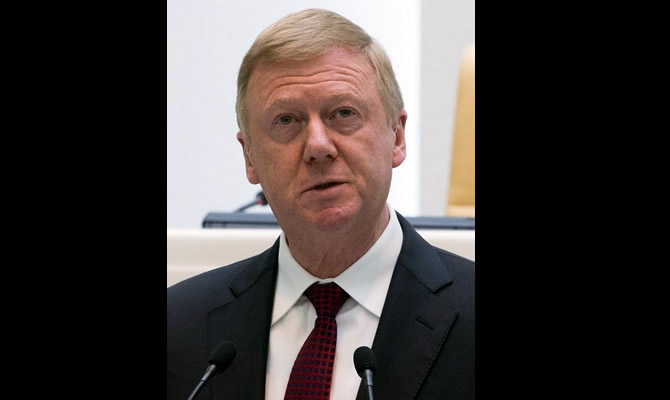 THE exiled Vladimir Putin critic, Anatoly Chubais, has been left partially paralysed after being rushed into intensive care at an undisclosed location in Europe suffering from ‘suspected poisoning’.

UPDATE 12.27 am (August 4) – Pictures have emerged of Anatoly Chubais with reports that he has been diagnosed with Guillain-Barré syndrome. He is currently in intensive care with partial facial paralysis.

An update of the 67-year-old’s condition was given by journalist and ex-presidential election candidate Ksenia Sobchak, who said: “His condition has stabilised, but Anatoly [Chubais] is still in intensive care, his legs and arms do not work well, his eyes cannot be closed, and he has partial facial paralysis.”

Anatoly Chubais, one of creators of Putinism, who fled Russia soon after the start of invasion, is in critical condition. I guess, despite all the measures, Europe is still full of Putin's hitmen, poisoners and agents. pic.twitter.com/4JchWoGgCF

Guillain-Barré syndrome – which was listed as an adverse reaction to the Covid vaccine in Canada – is a rare and serious condition which can be life-threatening. It affects the nerves in the feet, hands and limbs.

ORIGINAL 3.18 am (August 1) – Anatoly Chubais, a former key official of Vladimir Putin, now in exile, has been rushed into intensive care at an undisclosed location in Europe suffering from ‘suspected poisoning’.

Several months after fleeing Russia and going into exile in protest over the war in Ukraine, a former key official of Russian President Vladimir Putin has reportedly been rushed to hospital with suspected poisoning. Anatoly Chubais is believed to be intensive care in an undisclosed location in Europe.

Ksenia Sobchak, a former Russian presidential candidate turned journalist was the person who broke the report on Chubais. She claimed that after he had complained of his arms and legs going numb, and had immediately been admitted to hospital, according to The Sun on Sunday, July 31.

According to Sobchak, after Chubais had left his room, men in hazmat suits were observed entering. The 67-year-old former Kremlin deputy prime minister was apparently diagnosed initially with Guillain-Barre syndrome. That is a rare and often life-threatening condition that attacks the body’s central nervous system.

“The room where Chubais was when he felt unwell was examined by specialists in chemical protection suits. And police questioned all the witnesses”, explained Sobchak. “In this case, the diagnosis may change”, she added, clearly hinting at more sinister forces being involved.

“I have been hospitalised in one of the European clinics with a diagnosis of Guillain-Barre syndrome. A condition of moderate severity, stable”, Chubais was quoted by Sobchak as telling her.

Anatoly Chubais is thought to be widely regarded among media sources in Russia as being the highest-ranking of Putin’s officials to condemn the Russian leader’s ‘special operation’ in Ukraine.

At the time of his departure into exile, Chubais had been the head of RAO UES, Russia’s state-owned electrical power monopoly, since 1998. He also controlled RUSNANO, the corporation’s nanotechnology corporation. After communism fell under Boris Yeltsin, Chubais was instrumental in privatising the Russian economy.

His exact whereabouts are undisclosed, but earlier this year he had reportedly been spotted in both Israel and Turkey. Chubais was also photographed in a supermarket in Cyprus in early June.

Executives holding powerful positions in Russian companies have died under mysterious circumstances since the start of this year. At least five oligarchs known to have close connections to Putin have died in what sources have described as a similar fashion, without actually blaming murder as the cause of death.

Leonid Shulman, head of transport at Gazprom Invest, was the first of these. He was discovered lying in a pool of blood on the bathroom floor of his elite gated housing complex in the Leningrad region, in early February. The 60-year-old’s body had multiple stab wounds.

Next was 61-year-old Alexander Tyulakov, who was found hanged on February 25, one day after Putin invaded Ukraine. He was a senior financial and security official at Gazprom, the state-owned energy corporation.

Vladislav Avayev, the body of wealthy 51-year-old former Kremlin official – who was also the ex-president of Gazprombank – was found in his elite penthouse in Moscow, shot dead.

The body of 55-year-old Sergey Protosenya was discovered just some days later. His body was found hanging in his Spanish home. He was a former deputy chairman of Novotek a company linked very closely with the Kremlin.