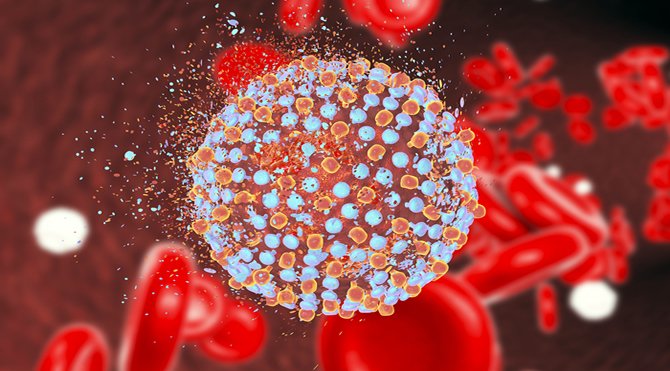 The first two deaths in Spain from a mystery hepatitis virus have been confirmed by the Ministry of Health.

Spain’s Ministry of Health has confirmed today, Thursday, August 4, the first two deaths in the country from the mystery hepatitis virus that has been affecting children. Both children died after liver transplants failed, according to infosalus.com.

According to data as of August 3 from the National Epidemiological Surveillance Network, there have been 46 cases detected in Spain among children aged under 16, with three liver transplants being performed. These were carried out on a six-year-old boy from Murcia, a three-year-old girl in Aragon, and a fifteen-month-old baby in Andalucia.

On July 2, the six-year-old boy began showing symptoms and was subsequently transferred to a hospital in Madrid in July 18. By this time, he was in a serious condition and suffering with cerebral edema. A liver transplant was performed on July 29 and the young boy passed away 24 hours later.

The second deceased was the fifteen-month-old baby in Andalucia. She had been admitted with cute gastroenteritis in late June, already showing a positive culture for Adenovirus in a critical situation (encephalopathy and severe coagulopathy). This case required an urgent liver transplant but she also died within 24 hours.

Five of the detected cases in Spain have been in children under 1 year old. Three of them were newborn babies, aged 3 and 5 days, who were subsequently admitted to an ICU. Another was a 48-day-old child in whom enterovirus has been detected. Adenovirus had been detected in another, while one more tested positive for SARS-CoV-2.

The cases have been detected in 10 autonomous communities, with no epidemiological relationship between them. Symptoms started showing in the majority of cases between January 2 and July 2, with most of the detections being between March 7 and May 1.

Madrid has the highest number of cases, with 15. Catalonia had nine cases, Galicia had 5, the Balearic Islands with four, Andalucia, Castilla-La Mancha, and Murcia with three, Castilla y Leon with two, and Aragon and the canary Islands detecting one case each. Girls were affected in 64.4 per cent of cases, and boys in 35.6 per cent. This was especially so in the zero to five years of age bracket.

“So far, the number of cases of hepatitis of unknown cause in children and transplants observed in this alert are within those expected according to estimates made with data from previous years”, said a spokesperson for the Ministry of Health.

They assured that a comparative analysis between Autonomous Communities has not observed “an increase in cases of severe hepatitis of unknown origin in children aged 0 to 16 years in the period from January to May 2022 compared to the same period of the five previous years, nor in the disaggregation of codes and ages”.

“No higher incidence of fulminant hepatitis in pediatric age requiring liver transplantation was detected between January and July 2022 at the national level, compared to the estimated average for the same period between 2012 and 2021”, summarised the Ministry.