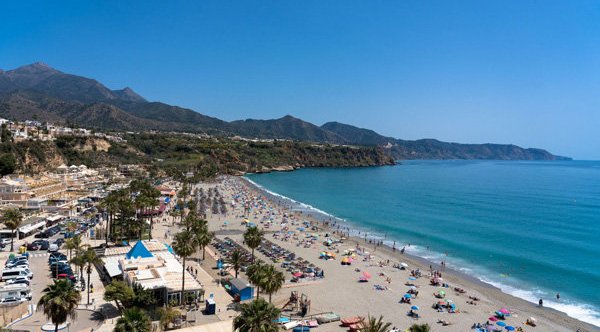 The government’s energy-saving decree has been slammed by the president of Malaga Municipal Council, and the head of Costa del Sol tourism.

Francisco Salado, the president of Malaga Municipal Council, and the public company Tourism and Planning Costa del Sol, today, Thursday, August 4, described the energy-saving decree approved by the central government as “a new blow to the tourism sector”.

He went on to emphasise the differences between Spain and other European countries, or even the same country. Mr Salado suggested that the Government: “spend a little mental energy thinking of more effective, less effective and less destructive energy saving measures” regarding the tourism, hospitality, and commercial sectors.

“One thing is the anecdote of the tie of the President of the Government, but we could never imagine that later they were going to suffocate one of the main productive sectors of our country, which is already having a bad enough time, without having to endure the new occurrences of the Government”, he continued.

He lamented that the decree “has been designed and drawn up with the backs of economic agents and the productive, social, and climatic reality of our country”.

“Spain is not Germany, it is not Finland, nor are our customs, schedules and social and labour habits those of the countries of northern and central Europe. It gets dark there much earlier, and we have a lot of nightlife, a lot of social life, and we are one of the main tourist destinations in the world”, Salado pointed out.

“Within Spain, the diversity and differences in climate and temperatures are enormous depending on the area”, Salado informed the media. “It is as if this decree had been drafted by a Martian, someone who is deeply ignorant of our country and who has not consulted with anyone”.

Salado also criticised the government for having approved this decree at the beginning of August, in the middle of the high season, and “when the sector continues to try to overcome all the damage caused by the pandemic and currently by the inflation crisis”.

“The only thing the Government is doing with the tourism sector is tripping it up at every step, it is as if it wanted to finish off a sector that is essential for our economy and for employment in our country”, he added.

“It makes no sense to force hotels, restaurants, bars, museums, cinemas, shops, train and bus stations, and airports, to raise their thermostat in summer to 27 degrees, precisely in the middle of a heat wave”, Salado continued.

“Tourism is the industry of well-being, of happiness, of relaxation, of rest. We want satisfied tourists, not roasted tourists, or tourists who are afraid to walk the dark streets”, he warned. “Spanish and Costa del Sol tourism sells excellence and good service”, added the tourism official.

“This decree is a direct attack on everything we have tried to build for many years: that tourists leave satisfied and wanting to return”, concluded the president of the Malaga Provincial Council, as reported by ultimahora.es.