Thousands of homes affected after tractor knocks down 110,000-volt mast in Weilerswist, Germany 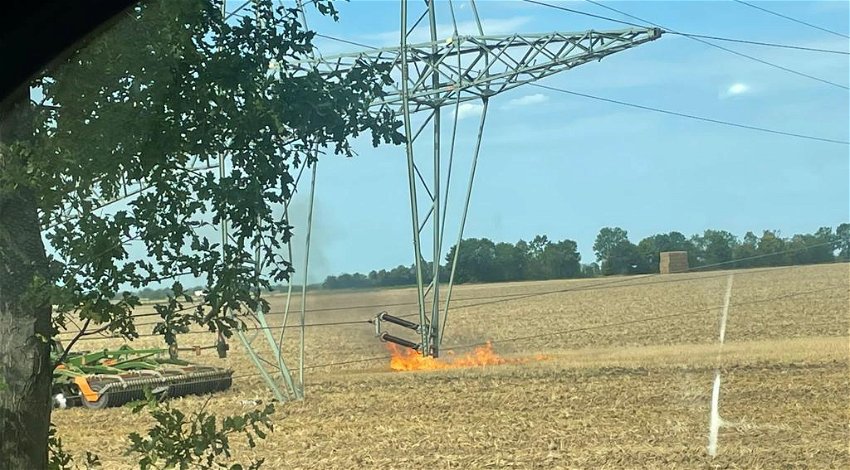 MORE than 20,000 homes have been affected after a 16-year-old driving a tractor crashed into an electrical mast in Weilerswist (Düren), Germany on Thursday, August 4.

Photos online show the moment a tractor knocked over a 110,000-volt electrical mast in Weilerswist, Germany causing a major blackout across the Düren district.

“In Weilerswist there is sometimes no electricity!” one person wrote.

“Between Kierdorf and Euskirchen, a tractor drove into the mast of a 110,000-volt line, which then tipped over and caused widespread power failure in the south-east of the Düren district, namely in large parts of the municipality of Vettweiß and two areas of the city of Nideggen,” a spokeswoman for Germany’s Westnetz GmbH power company told aachener-zeitung.de.

According to Westnetz GmbH, parts of the districts of Düren, Euskirchen, Rhein-Erft and Rhein-Sieg were affected in the afternoon. Around 20,000 people are currently without electricity. Employees of the distribution network operator Westnetz are working to restore the power supply.

The tractor drove against the 110,000 volt overhead line pylon near Horchheimer Straße in Weilerswist and brought it crashing down. According to the German news outlet, a 16-year-old was behind the wheel.

Police and fire brigade crews were dispatched to the scene and Westnetz GmbH also shut down a second 110,000-volt line for safety reasons.

Affected municipalities will have to remain without electricity until around 6 pm, according to local media reports.

Elsewhere in Germany, a forest fire erupted following an explosion at a police blast site in Berlin’s Grunewald.

As a result of the blast on Thursday, August 4, a large-scale operation was launched in the Grunewald region of Germany’s capital of Berlin and Leopard armoured tanks were deployed to help with the operation.