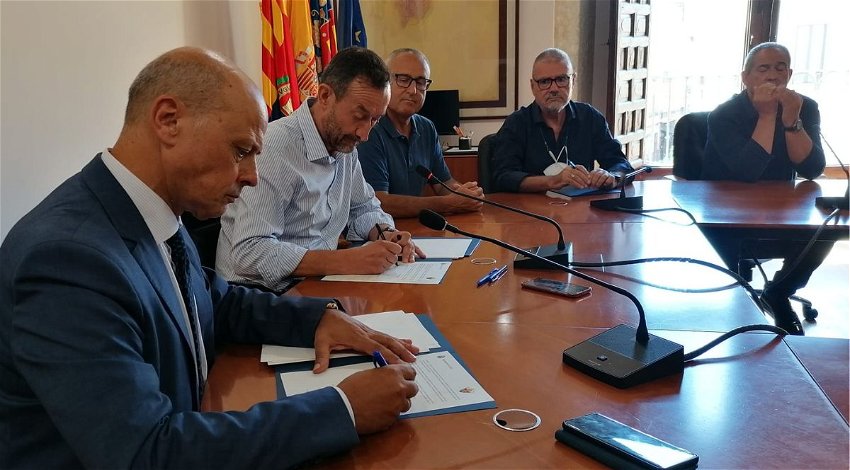 The agreement for extra free tickets was made by the mayor of Elche, Carlos González, the president of Elche FC, Joaquín Buitrago, and the Councilor for Sports, Vicente Alberola, and has been signed for the next four seasons.

“We are satisfied with the signing of this agreement, which is of interest to both parties. This agreement with Elche means recognising the social, institutional and sporting relevance of the football club for our city because it is the history of our city, an icon and every Sunday it brings smiles to thousands of fans of all ages,” Gonzalez said.

The mayor continued: “We’ve made fields available to Elche Football Club in order for them to expand and as compensation, the City Council is able to advertise in the stadium and transfer free tickets for social groups, which is something we have been doing and which is now increasing.”

Specifically, the city’s vulnerable groups will receive 150 tickets for the matches that Elche FC plays at the Martínez Valero, 50 more than in the previous agreement.

Elche FC, Joaquín Buitrago, said: “From Elche, we want to show our satisfaction for this collaboration. We have made an effort to try to maximise the aid and collaboration that, both on the part of the corporation and on the part of Elche, we try to carry out to strengthen our institutions.”

He added: “We want to make known and give visibility to Elche that is so committed to sports.”

LaLiga side Elche FC recently revealed its main sponsor ahead of the 2022/23 season as the club celebrates in 100th year.

TM Real Estate Group will continue as the main sponsor of Elche FC for the next season after the real estate company exercised the right of first refusal.

Elche will be looking to improve upon last season’s LaLiga finish of 13th.