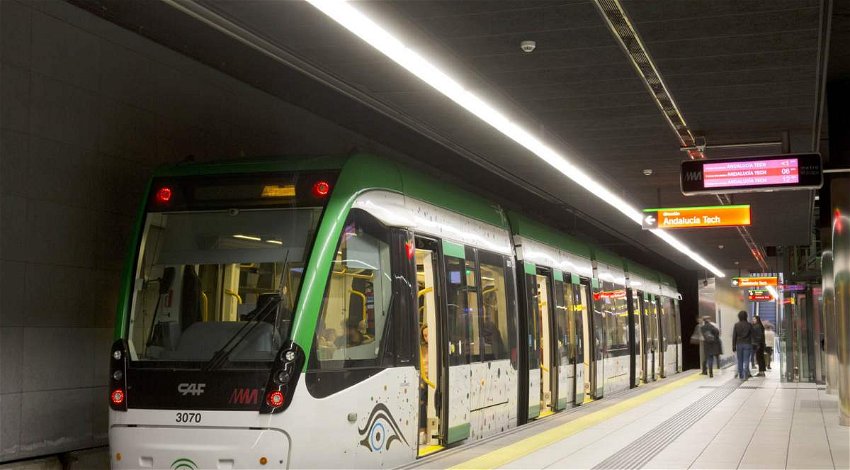 The expected opening of the new section of the Metro line to Alameda Principal in the city centre will not occur in time for Malaga Fair.

Despite the fact that the Junta de Andalucia reiterated on several occasions its intention that would be able to use the new Metro line to attend Malaga Fair in the city centre this year, the deadlines will not be met, according to malagahoy.es.

The Fair begins next August 12 and works on the underground line to Alameda Principal will not be completed on time. Sources from the Andalucian Government explained their decision to postpone the commissioning of the El Perchel-Atarazanas section of the Malaga Metro.

It is due to: “a rigorous analysis of the maturity and state of the safety tests, which was the only determining factor for that horizon or goal, as was announced from the first moment in which the possibility of anticipating the arrival of the Metro in the centre was contemplated”.

A specific date was never set in stone for the Metro to finally reach the city centre in time for the Fair. It was an objective on which the Andalucian Government had been working since the beginning of the year though.

This was expressed in April by Juanma Moreno, the president of the Andalucian Government when he stated that the Fair was a ‘feasible target. Elias Bendodo, the then-Minister of the Presidency, and the Minister of Public Works, Marifran Carazo, both agreed with Moreno’s timeline.

The government argued that the existing risk that any incident in the operation of the systems installed in the section to the historic centre poses could also have repercussions, with subsequent incidents or malfunctions in L1 and L2 up to El Perchel. As a result, they were advised against anticipating the start-up in time for the Fair.

It was pointed out that in all public statements made by those responsible for the Junta de Andalucia in relation to the arrival of the Metro to the centre during the Malaga Fair, the optimal development of safety tests was always incorporated as a condition, or sine qua non-premise. Consequently, the provision of a functional and secure commercial service.

“The Ministry considers that the city and the underground users deserve to launch this new service extension to Atarazanas with the highest safety standards”, they pointed out.

“The work of the Malaga Metro conquered during the last legislature (2019-2022) the credit lost during years of poor management by previous socialist governments. It systematically missed deadlines and prolonged the inconvenience to neighbours, merchants and pedestrians, by an occupation of the historic centre with devastating consequences for the economy of traders, as well as the image and projection of the city”, they continued.

“Just remember the famous 11-11 of 2011”, the Junta pointed out, insisting that in January 2019 the previous government had not even tendered the track assembly, facilities, architecture, or railway signalling.

The safety tests, which began last May, take on in this commissioning “a special complexity”, given that it is not addressing the inauguration of a new infrastructure. Instead, it is an extension or prolongation of an existing commercial service in operation since July 2014.

L1 and L2 to Perchel include 12km of route and 17 stations and stops, transporting almost 7 million passengers per year. All effects are covered by the new section (1km of track, and 2 stations), with the complication that this entails for testing and integration with equipment and systems in operation.

This singularity is especially sensitive in the case of railway signalling and the Automatic Train Protection (ATP) system, which ALSTOM undertakes.

In the section between El Perchel and Guadalmedina Lines 1 (Teatinos) and 2 (Carretera de Cadiz) converge, something that requires greater synchronisation, if possible, with multiple devices and track changes.

The current state of the safety tests does not yet present a maturity that offers the maximum guarantees. Once the technical feasibility of the Fair scenario had been weighed and calibrated, the Ministry has considered that the most advisable thing is to postpone the date of commercial commissioning.