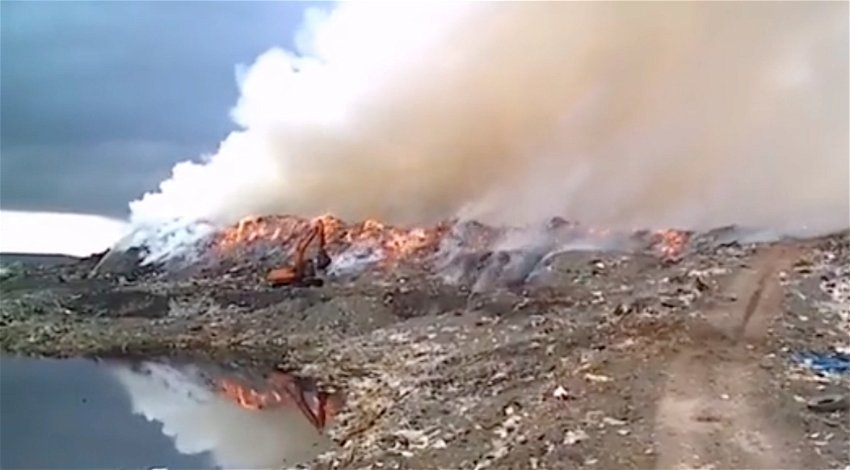 A huge fire has reportedly broken out at a municipal solid waste landfill in Norilsk, as reported on Friday August 5.

The huge fire in Norilsk, Russia was reported by Russian news agency TASS on their official Twitter account:

“A fire has broken out at the solid waste landfill in Norilsk, Mayor Dmitry Karasev said in his official Telegram channel.”

“There was an emergency situation at the Stroybytservis landfill today.”

Mayor Dmitry Karasev stated: “There was an emergency situation today at the Stroybytservis landfill.”

“The landfill is burning and we will have to investigate further as to the reasons – whether it was arson, dry weather or improper conditions of the landfill,” said Karasev.

According to him, the landfill is being flooded, refilled with inert materials, the burning areas are being cut off and the situation is under control. With Emergency Services rushing to the scene of the incident.

He added that they were instructed to take regular air samples in order to understand the level of pollution.

As the press-service of Norilsk mayor’s office specified, the duty officer of “112” system received a message about the fire in 2,5 km from the Central district at 11:20.am (7:20.am Moscow time).

Initially, the burning area was about 50 square metres. But strong wind gusts contributed to the spread of the fire and the area increased to 100 square metres.

In addition, a second fire area of up to 600 square metres was discovered. In the extinguishing operation 35 people and 19 units of equipment were involved.

The fire in Russia’s Norilsk follows reports of the biggest OZON warehouse in Moscow Russia, catching fire, with over 1000 people being forced to evacuate, as reported on Wednesday, August 3.