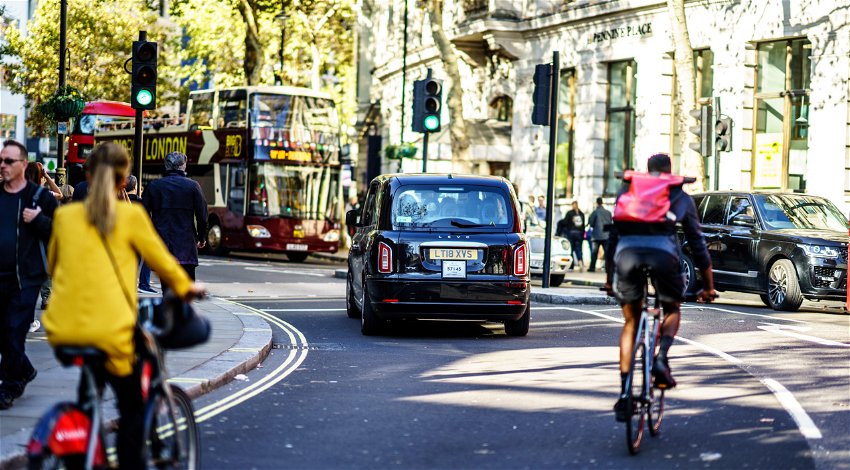 “Death by dangerous cycling” is the latest proposal put forward by UK Transport Secretary Grant Shapps in response to the increasing number of cyclists on the UK’s roads.

Announced on Saturday, August 6, the proposal seeks to adjust the law which currently restricts the sentence for any cyclist found guilty of killing a pedestrian, to two years.

Considered a legal loophole, Shapps wants to see that closed and cyclists who kill other road users are charged in the same way as motorists. He is looking to add the proposal to the Transport Bill due before parliament this coming autumn.

Writing in Mail+, Mr Shapps outlined his reasons why he believed a law was needed. He said there is a need: “To impress on cyclists the real harm they can cause when speed is combined with lack of care.

“A selfish minority of cyclists appear to believe that they are somehow immune to red lights.

“We need to crack down on this disregard for road safety. Relatives of victims have waited too long for this straightforward measure.”

The proposal is not new with the government has undertaken a consultation on the laws governing cyclists four years ago.

The proposals come as new research suggests Britons are turning to bikes as the cost of living crisis bites – with campaigners arguing that cycling has benefits to our health, wealth and the environment.

The number of cyclists on the roads has rocketed since the pandemic and the war in Ukraine. Rising fuel costs and health scares have seen people dump cars and public transport in favour of two wheels.

According to the latest figures quoted by Sky News, as at the end of July, cycling on weekdays had risen by 47 per cent and on weekends by 27 per cent in just one year.

Campaigners have been urging authorities to do more to help people make the switch to cycles, which are considered healthier and better for the environment.

Although changes were implemented earlier this year to make cycling safer, few think the government has gone far enough. Duncan Dollimore, the spokesperson for Cycling UK, has said that most think the roads are not safe enough to cycle on.

Many councils have made efforts to encourage cycling by setting up cycle lanes and also providing finance schemes, but safety remains a concern. Many of the roads are not geared up for cyclists and there remains an anti-cyclist culture amongst a large section of the population.

That anti-cyclist culture is evident in the “Death by dangerous cycling” law proposal by the UK transport secretary, who has failed to make roads safer for cyclists resulting in many breaking the law.