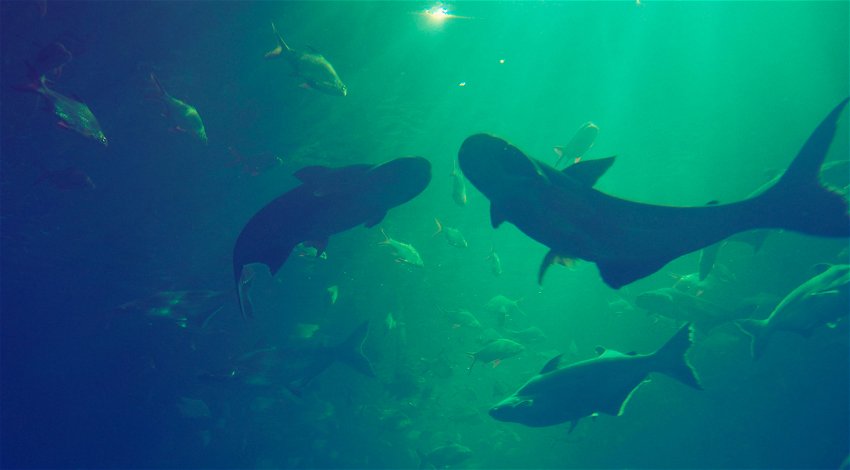 A British schoolboy was attacked by three sharks whilst on a holiday in the Caribbean.

When Finley Downer was attacked tourists started chucking their lunch into the water to try and dissuade the sharks, the Daily Mail confirmed on Monday, August 8.

During the attack, the terrified youngster was dragged to safety by his 12-year-old sister and airlifted to the hospital.

Finlay’s dad said: “The water was crystal clear and me and my kids got in, swimming with the sharks and stroking them, with lots of others too!”

“The guide said not to be scared and they wouldn’t bite, their teeth were so small, and to be more afraid of the pigs!”

“A local girl was filming for a TV show nearby about making kids’ dreams come true swimming with sharks,” Finlay’s dad added.

“Finlay will hopefully be up and about walking in months and will have a good story to tell his mates when he goes back to school, he survived a triple shark attack. They probably won’t believe him.”

Finlay’s dad confirmed: “It was absolutely horrendous and after being bitten on both legs with huge chunks of flesh hanging off them both he was gripping my hand and pleading, ‘Don’t let me die, dad, I don’t want to die’ and I was trying to reassure him ‘You’ll be okay son.”

“The back of his lower legs were hanging off and you could see all the fat and muscle. It was disgusting and I almost passed out and was nearly sick.”

“Finlay was being so brave. We could have lost him.”