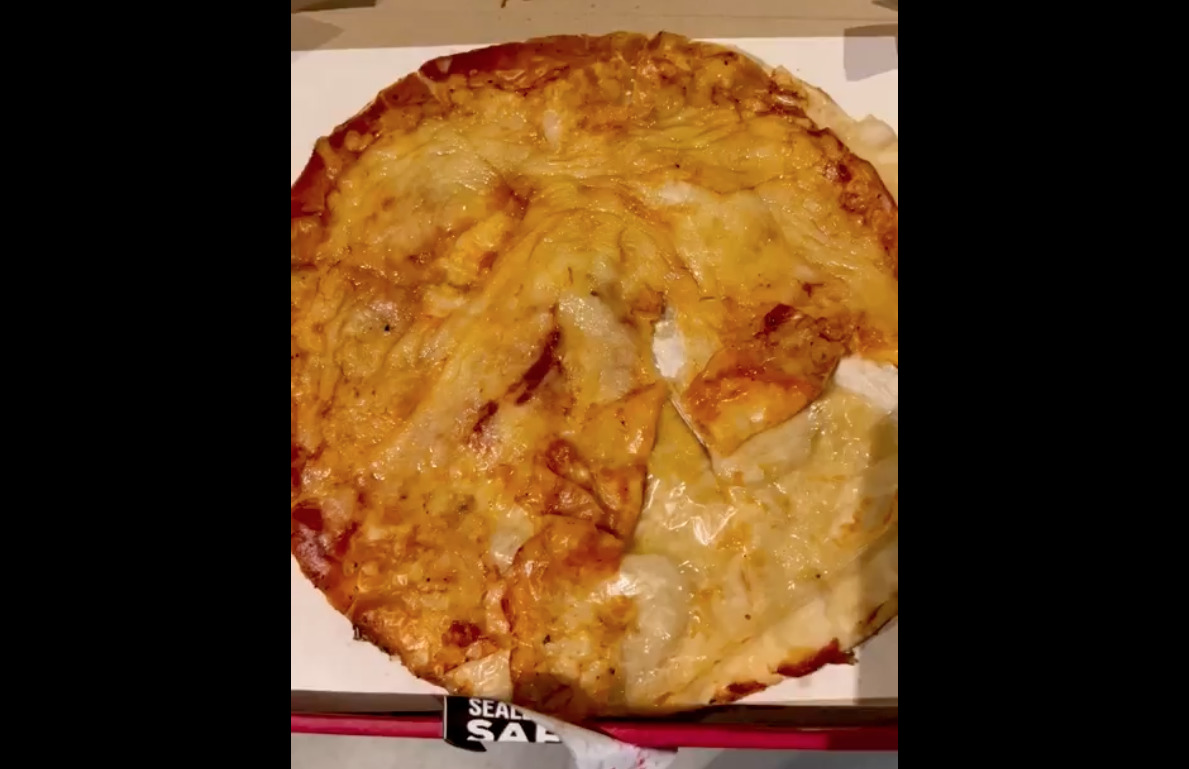 A PIZZA chain in the Philippines was forced to make an apology after Frontline Pilipinas news anchor Julius Babao posted a video of him receiving one of their pizzas with a plastic topping.

Shakey’s pizza chain in the Philippines responded with an apology to the viral video from Julius Babao which showed a circular piece of plastic in between the pizza’s cheese topping and dough.

“Shakey’s Statement on the Recent Circulating Video from August 8, 2022,” the Facebook post read followed by the statement.

“We at Shakey’s are grateful to Mr Julius Babao for calling our attention to an oversight that occurred to his delivery order from one of our stores,” the statement began.

“We acknowledge that we made a mistake, and we will take this as an opportunity to learn and do better.”

Shakey’s continued with their apology: “We take feedback very seriously from all of our guests. As we would do with any guest complaint, we immediately reached out to Mr Babao to initiate corrective action.

“His household graciously accepted re-delivery and replacement of his order as per our standard procedure. We acknowledge Mr Babao’s concern for our staff and appreciate his kind consideration.”

They added: “Unfortunately, one of our team members failed to remove the sheet prior to adding cheese and toppings. We are currently undergoing a thorough and fair investigation to understand exactly what transpired in this isolated and unique incident.

“Rest assured that we take this as an opportunity to reinforce our training, systems, and procedures to prevent incidents like his from happening again to any of our guests,” Shakey’s said.

People commented on the video.

One person wrote: “Whilst I empathise with Sir Julius, this won’t change my opinion of Shakey’s Philippines. Shakey’s people are the most hardworking, most courteous, kindest service providers I know. I am sure Shakey’s will bounce back from this.”

Another wrote: “You keep on repeating. People make mistakes. You can call that to be replaced immediately. You make an unintentional a big deal. That’s where you are happy, when you make small things big to be relevant. Your last name suits you because it’s shallow.”

“Anyone who receives that will get angry but it also depends on how wide the understanding and thinking of the person is. I wish it wasn’t posted right away because it can be replaced immediately. Poor staff,” another said.

He is most notable for anchoring TV Patrol from April 2003 to November 2010 and Frontline Pilipinas from February 7, 2022, to the present.