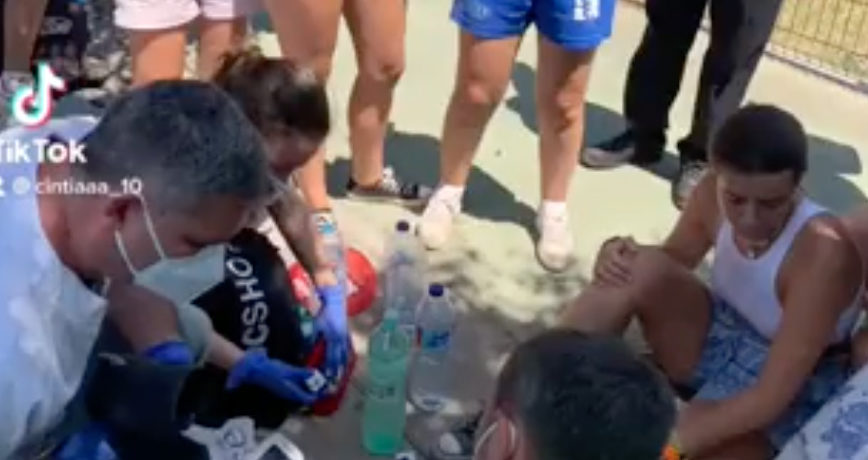 Festival goers returning from Castellon’s Arenal Sound were allegedly forced to stay on a bus in 40 degree heat with no air conditioning, as reported on Wednesday, August 10.

One of the festival goers recounted the experience of the hellish bus ride on her Twitter account stating:

The situation we experienced yesterday was outrageous, while returning from the @ArenalSound on one of their official buses to Alicante.”

“When we got on the bus we noticed that the air conditioning was not working and the driver, who belongs to the Agostense bus company, lied to us saying that it would work in a few minutes.”

“The bus started and the air was still not working, reaching close to 40º. At this point many of us who were inside asked to get off, that we were responsible for returning to Alicante but that we could not stay for three more hours in that situation.”

“People started to get dizzy, the floor was covered in SWEAT and many people started to have anxiety attacks. We even considered breaking the emergency exit and ended up calling the police, who finally forced the driver to get off and let us out.”

“People got off the bus with many experiencing anxiety attacks, crying, dizzy and very hot. Some people even had a fever and/or vomited. ”

“The ambulances arrived and helped us and later we were relocated in several buses of the same company which had more than enough space, which could have been changed at the moment it was known that the air conditioning was not working.”

“The health of many people has been put at risk, it is shameful that we are being taken for a ride and it is more than clear that they have done it because we are a group of young people who were returning from partying, but the truth is that nobody can endure three hours in a bus at 37 degrees and without air conditioning.”

The news comes just as Spain’s energy saving plans, which includes restrictions on air conditioning, have officially come into effect as of Wednesday, August 10.