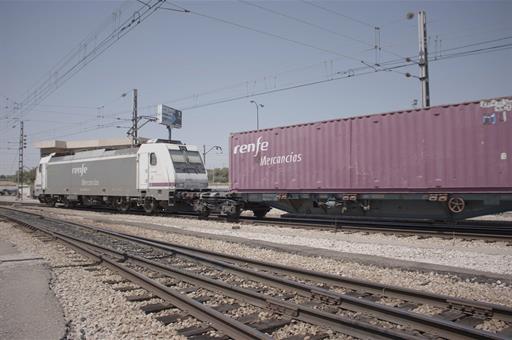 Spain has sent 25 40- foot containers to transport 600 tonnes of Ukrainian grain by train, in a new pilot project, as reported on Wednesday, August 10.

Spain’s latest Ukrainian grain transportation project by train has been organised by the Ministry of Transport, Mobility and Urban Agenda (Mitma) as an alternative or complement to the maritime mode at a time marked by the invasion of Russia and the limitations in the Black Sea ports.

Thus, Renfe Mercancías has sent 25 40-foot containers to the border between Poland and Ukraine to transport 600 tonnes of Ukrainian corn to our country.

This is a pilot test with which the Ministry seeks to demonstrate the technical and economic viability of rail transport of cereal through the rail motorway that crosses Europe from Lodz (Poland) to Barcelona Can Tunis (Spain).

Specifically, the outbound traffic is Madrid – Ludwigshafen – Duisburg – Lodz – Chelm, while the return traffic is Chelm – Lodz – Duisburg – Barcelona Can Tunis via the rail motorway, which involves a journey of approximately 2,400 kilometres.

The transport logistics are planned to be carried out between the Ukraine and Spain, with the goods being transferred in Chelm (Poland), 25 kilometres from the Ukrainian border.

The containers, whose interior has been adapted with “liners” (large special bags for transporting grain) left the Abroñigal station in Madrid last night bound for the Polish town of Chelm, where they are expected to arrive in the fourth week of August.

There, the goods will be transferred to Renfe Mercancías containers for subsequent transfer to the terminal used by the logistics operator Kombiverker, in Lodz.

The transfer between Lodz and Chelm is carried out by the Polish rail operator DBP.

Once the containers have been loaded, the train will run on standard gauge (UIC) from Lodz to Barcelona Can Tunis, as the final rail destination. From the Barcelona terminal, the goods will be transported to the end customer. The arrival forecast is for the beginning of September.

Renfe will also provide its 252 locomotives to facilitate traction from Le Soler (France) to Barcelona.

The first steps of this pilot project coincide with the reopening of the Black Sea ports and the maritime cereal routes supervised by Türkiye.

Therefore, the test trip will be made with 600 tonnes of maize, a smaller volume than initially committed, but equally important to check the viability of a railway solution led by Spain as a support to maritime transport.

Thus, the pilot project seeks to analyse the capacities of land transport that can help maritime transport using rail motorways in public-private coordination with the transport and raw materials management industries in the European Union (EU).

The news follows reports of the first Ukrainian grain ship to leave the nation since the beginning of the war with Russia,reaching the coast of Türkiye, as reported on Wednesday, August 3.