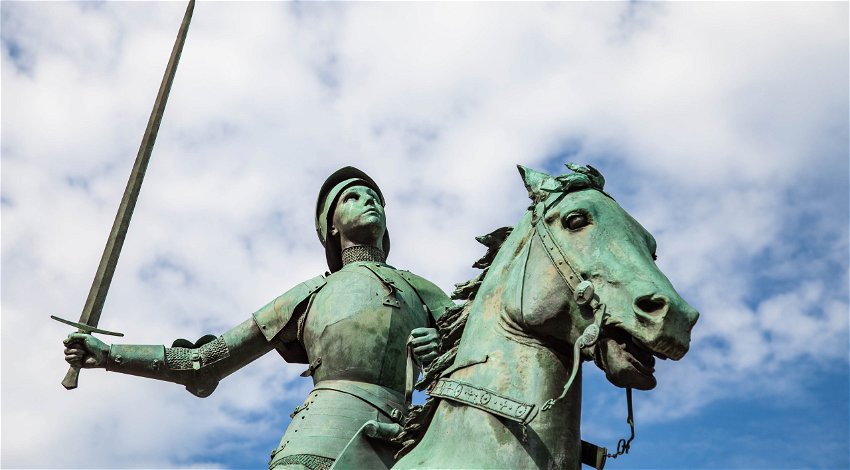 Shakespeare’s Globe Theatre is opening a production of I, Joan on August 25 depicting the historical icon Joan of Arc as non-binary.

The pronouns used in the production with be ‘they’ and ‘them, the MailOnline confirmed on Thursday, August 11.

Joan of Arc was a peasant in medieval France. She believed that God had chosen her to lead France to victory in its long-running war with England.

With no military training, Joan convinced crown prince Charles of Valois to allow her to lead a French army to the city of Orleans, where they achieved a stunning victory.

Joan was eventually captured by enemy forces, tried for witchcraft and burned at the stake at the age of 19.

By the time she was canonized in 1920, Joan of Arc was considered one of history’s greatest martyrs, and the patron saint of France.

Frank Furedi, an emeritus professor of sociology at the University of Kent, told MailOnline: “Playwrights are allowed to have a bit of poetic license but I think what is interesting about the play is that it very much falls in with the idea of rewriting history.”

“The reinterpretation violates the historical reality. It’s plundering history to legitimise views in the here and now.”

“Someone like Joan of Arc would not have any idea what non-binary was. It is a recharacterisation of something that did not even exist at the time.”

“It completely violates the meaning of history, it’s the projecting of a fantasy backwards.”

“I imagine in time someone will suggest Jane Austen was transgender or George Elliot was non-binary.”

“For French patriots, Joan of Arc is someone very special. Her role was all the more heroic because she was a woman.”