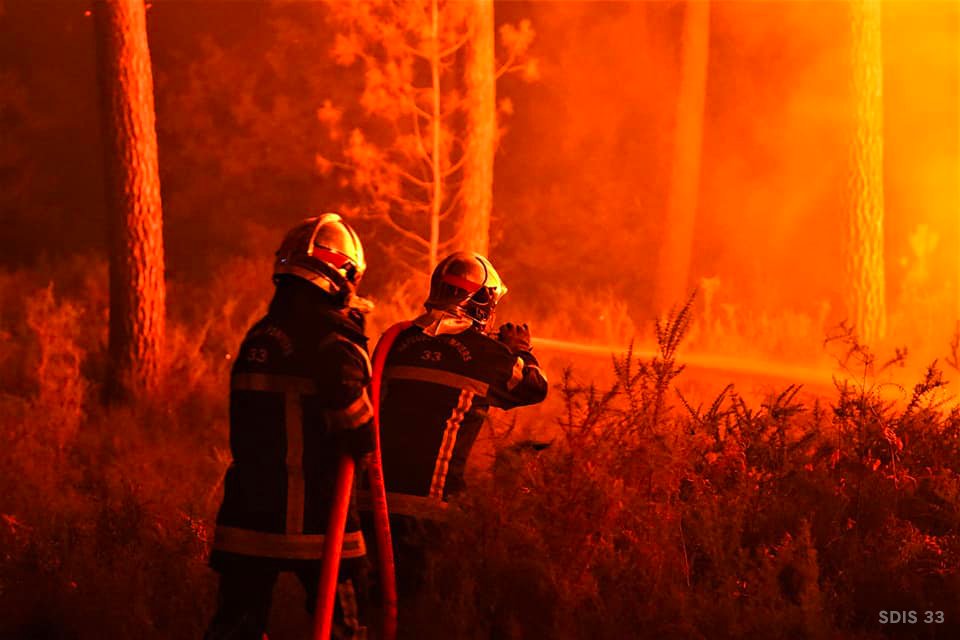 FRENCH President Emmanuel Macron has praised his country’s firefighters after a summer of HUGE and constant forest fires.

Taking to Twitter on Thursday, August 11, the French President wrote: “Throughout the territory, more than 10,000 firefighters and civil security personnel are mobilized against the flames. With courage and determination, they hold on. These firefighters are our heroes.”

He added: “I have a special thought for Commander Pascal Allaire and Lieutenant Martial Morin, who died this summer responding to the flames, as well as for their families. Our pain is immense. The Nation stands with all our injured firefighters.”

“For people evacuated from areas in flames, it is waiting and worrying. For the affected inhabitants, it is sometimes a life that is erased. Save all lives, save all that can be saved, then rebuild: no one will be forgotten.”

People reacted to the president’s praise on the social media platform.

One person wrote: “Generally the heroes obtain the recognition of the nation. Ours (caregivers, firefighters, etc.) are now exhausted. We must increase their salaries and their staff. And organise ourselves so that our public services are considerably strengthened.”

“Is the reintegration of non-vaccinated firefighters coming soon? Because I don’t think COVID is that dangerous on this ground…” another said.

The president’s comments come after recent huge fires in Gironde and Maine-et-Loire.

Prior to that, a fire in France’s Maine-et-Loire was still raging as of Tuesday, August 9, according to firefighters, who said that it continues its progression south.