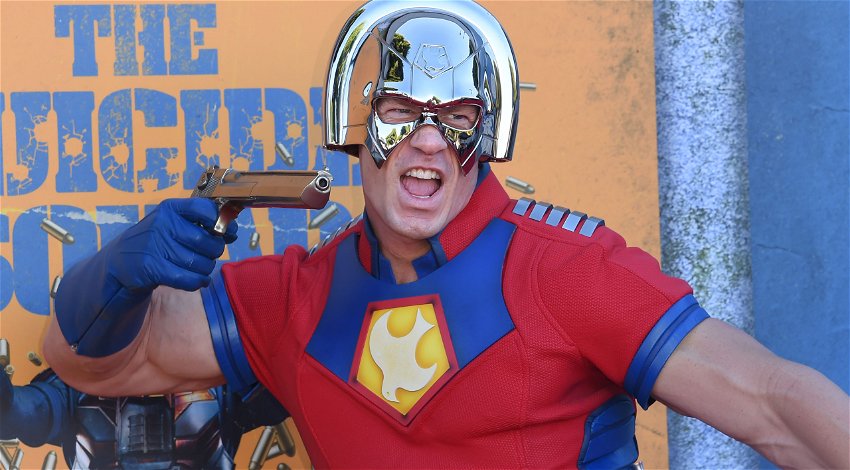 ‘IN a world surrounded by hate, greed and violence…’ Peacemaker actor John Cena revealed one thing that gives people hope.

In an unusually deep post for the often comical social media musings of John Cena, the Hollywood star revealed on Thursday, August 11, one thing that can give people hope in a hateful world.

Taking to Instagram on Thursday, August 11, the former WWE superstar wrote: “Wrestling is not a love story, it’s a Fairy Tale for masochists. A comedy for people who criticise punchlines. A fantasy most can’t understand, a spectacle no one can deny. Lines are blurred. Heroes are villains. Budgets are cut. Business is business.”

He added: “But it can also be a land where Dead men walk. Where honour makes you Elite. Where Demons run for office. And Rock Bottom is a reason to rejoice. WOOOOO! It’s an escape. A reason to point the blame at anyone but yourself for 2-3 hours. An excuse to be a kid again, and nothing matters except the moment we are in.

“Wrestling is not a love story, it’s much more. It’s hope.”

“And in a world surrounded in hate, greed and violence, a world where closure may never come. We all know a place that has hot and cold hope on tap. For better or for worse,” the 45-year-old concluded.

Recently, the 16-time World Champion revealed that he would not be taking part in the WWE’s upcoming event in the UK.

On September 3, the WWE are heading to the Principality Stadium in Cardiff, Wales in what will be the pro-wrestling company’s first major stadium event in the UK since Summerslam 1992.

During a Q&A session at Wales Comic Con, John Cena said: “I’ve been coming to Cardiff to fight for 15-plus years, and every time, it’s exciting and amazing. I’m not going to be at Clash.”

Among his most recent film roles, Cena has appeared in the Fast and Furious series and as Peacemaker in The Suicide Squad.

On Wednesday, August 10, the wrestling world mourned the loss of Gene LeBell.