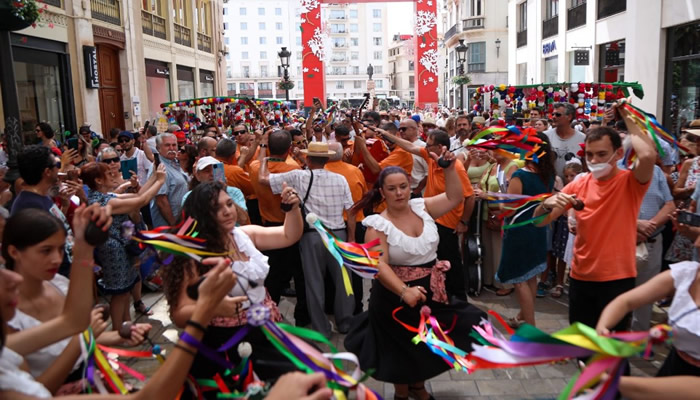 Local Police officers have closed the Verdiales booth at Malaga Fair for two days after it was caught allegedly selling alcohol to underage drinkers.

As reported by Malaga City Council on its official Twitter account today, Sunday, August 14, the Verdiales booth at the Malaga Fair has been closed by Malaga Local Police for two days. It will remain shut today and tomorrow, Monday, August 15 after it was found to have allegedly sold alcohol to underage drinkers.

According to the tweet, the illegal activity was denounced yesterday, Saturday, August 13, the first day of the Fair. This action comes as the result of an operation that has been put in place for the duration of the 2022 Fair.

A coordinated plan of action has been implemented by the Malaga Council, which is being conducted by the various security forces of the city to ensure everybody’s well-being while attending the week-long festivities.

An average of 456 police officers are on duty from the start to finish of the celebrations each day, keeping a watchful eye on the 121 booths that make up this year’s Fair in the Real del Torres area. They are expected to carry out an estimated 4,557 services during the seven days of the Fair.

They are also working in collaboration with the Council’s Youth Area, operating in an information and mediation campaign regarding behaviours that pose a risk to health. These include especially the consumption of alcohol and narcotic substances.