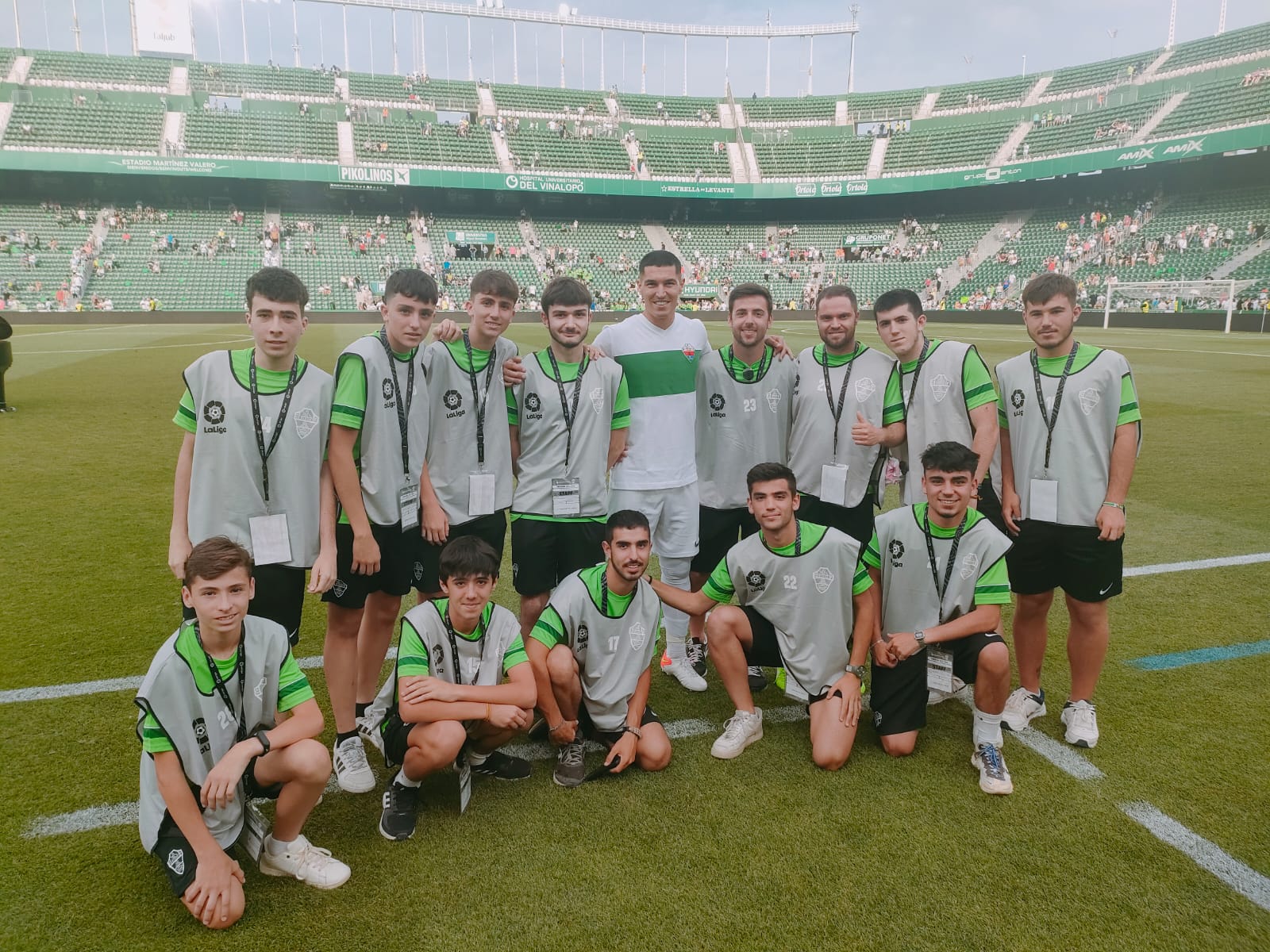 ELCHE football club officially announced on Thursday, August 18 that they will no longer be using their regular ball boys for this season – 24 hours after they were notified by WhatsApp without explanation – and days before the club’s first home game of the new LaLiga season.

Elche’s decision to ditch their ball boys comes after they decided to use youth team players from within the Costa Blanca club to fulfil the role.

“Elche Club de Fútbol would like to publicly thank the work carried out by the team of ball boys at the stadium over the last few years,” the club said on Thursday, August 18.

“The Club is very grateful for the professionalism, dedication and commitment in all the tasks they have carried out and for which they have been required over the years.”

It added: “From this season onwards, this work will be carried out by the players of the youth team, as part of the training project for the youth players.

“The aim is to generate in them the sense of belonging that the Club seeks and that our youth players can begin to feel what it is like to be present on the pitch, with the supporters cheering them on, understanding that in the future they will represent us in our first team.

“In addition, the Club will personally attend to each member of the previous team of ball boys to find the best possible solution so that they can obtain their season ticket for this season.

“Likewise, Elche C.F. will recognise, at the Festa d’Elx trophy, in a public event, their work, as well as that of other groups linked to the club, as part of the Centenary programme of events for this season.”

As mentioned, the ball boys were notified via WhatsApp messenger, as reported by Diario Franjiverde.

The news outlet stated that approximately 20 volunteers were notified on Wednesday, August 17 at around 3.30 pm.

The ages of the ball boys ranged from 14 to 29 years old.

The club is celebrating its 100th anniversary this year and some fans feel that this situation has been handled poorly.

“There has been a lot of drama for something that I see as logical, ball boys are the club’s youth team, full stop,” one person said.

Another person wrote: “It’s not a bad idea for the grassroots players to be the ball boys, but it can’t be announced 4 days before the first game. They are not going to be able to get their season tickets wherever they want and the ways of doing it, taking into account that there are people who have been there for more than 10 years, have not been ideal.”

ElcheXTRA wrote: “A measure that could be logical, within what he understands as a club but that has been executed in a very bad way.

“Giving these guys, many of whom have been in the worst moments of the club, only five days’ notice is very bad management. Especially when the entire lower ring is already full and many of them, counting on being there, had not taken it off.”

And another person added: “Hopefully, and as is done in most clubs, they give invitations/subscriptions to the base boys to continue creating that feeling of belonging that is alleged in the statement.”