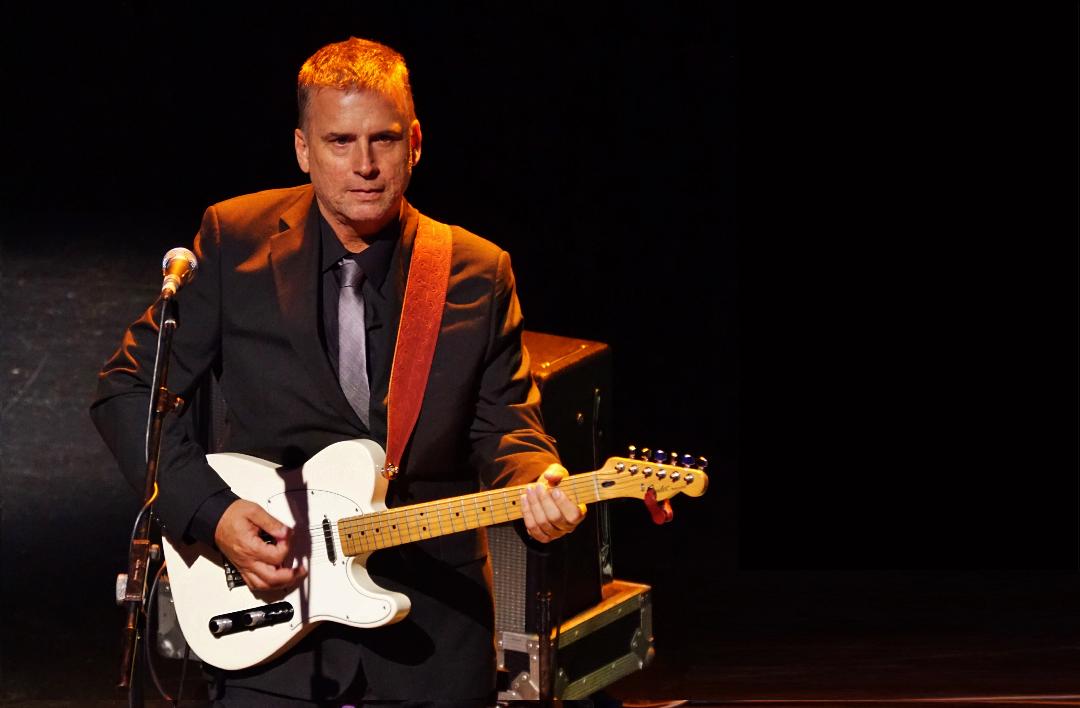 Marbella resident Ray Frost has just released a new single Lucky To Be Me from his latest album Waitin’ for the Sun which has become a hit in Australia.

Ray started playing guitar at the age of 13 and as he grew up in Essex played in a selection of blues and rock bands in the 80s and 90s but worked as a builder rather than a professional musician.

In 2002 he moved to Spain where he played guitar in local bars as well as teaching both guitar and ukulele whilst supplementing his income by continuing to work as a builder.

As Ray explained “I wanted to spend more time with my music but it was my girlfriend who encouraged me to have confidence in my ability to perform, so thanks in part to her that’s what I did.”

Whilst remaining on the Costa del Sol, Ray joined a number of high-profile British revival bands, starting with the Rubettes with whom he toured in 2013 and 2014.

Following on from them, it as a four-year slot with Dozy, Beaky, Mick and Tich travelling the world as they performed all of the original band’s greatest hits and as a footnote many will remember the club Beaky’s Gig which was situated between Estepona and San Pedro Alcantara.

Next up was a deputising role with Herman’s Hermits (who continue to gig without Peter Noone who now lives in the USA) which turned into an ongoing arrangement but then came the pandemic.

Ray explained “I had already decided that it was time to explore my own music and released my first album Coming Home in 2019 but with the lockdown I had plenty of time to write and record, releasing In my Life with a number guest musicians including Savage Garden’s Daniel Jones from Australia.”

There were more than enough songs from 2020 for Ray to produce his third album at the end of 2021 and this latest version of Lucky To Be Me was re-recorded with the Australian market in mind and as soon as it was released it became one of the most downloaded tracks there and in New Zealand.

Speaking about the new single, Ray observed, “I guess you could say, Lucky To Be Me is somewhat autobiographical, because it pretty much sums up the story of my life”

There’s another album in the pipeline and because of the current uncertainty of reliable flights to and from the UK, Ray has had to say farewell to his place with Herman’s Hermits but has joined up with a number of British musicians based in the Costa del Sol to form Smokin’, a tribute to one of his all-time favourite bands Smokie.

Thank you for reading ‘Marbella resident Ray Frost has just released a new single’ and remember that all articles produced by Euro Weekly News may be accessed free of charge.