Forget Elon Musk, only Jennie Kim can save Manchester United 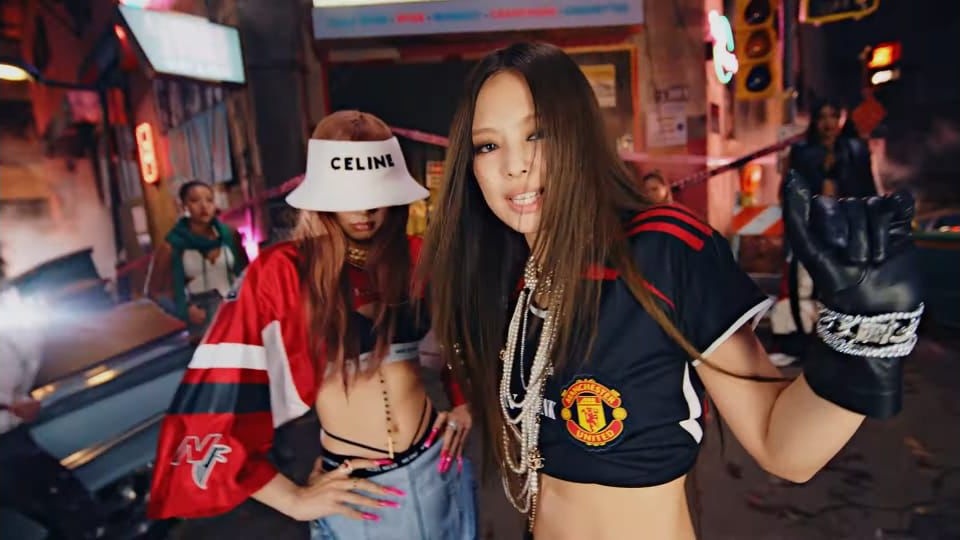 MOVE over Elon Musk, a new savour of Manchester United has emerged in the unlikely form of South Korean singer/rapper Jennie Kim.

Following the internet frenzy caused by Elon Musk tweeting that he might buy Manchester United – something he later revealed was a joke – the English Premier League team may have found new hope in the unlikely figure of 26-year-old South Korean Jennie Kim, or Jennie as she is affectionately known.

“Only Jennie can save Manchester United,” one person on Twitter wrote.

only jennie can save manchester united pic.twitter.com/jrVbyWIlNv

One person responded: “I’m passionate about football, and yet a member of Blackpink is influencing me to buy this United shirt. the pact with the devil, can only.”

“MANCHESTER UNITED I NEVER DOUBTED YOU, IM GETTING THAT JERSEY BYE HAH,” another person said.

IM GETTING THAT JERSEY BYE HAH

Dubbed the main rapper of Blackpink, Jennie inspired hundreds of thousands of comments when a video of Blackpink’s new single ‘Pink Venom’ dropped.

Later this year, Jennie Kim will be making her Hollywood debut in the upcoming HBO series The Idol.

One person wrote alongside pictures of Jennie in the Man Utd kit: “JENNIE KIM EVERYONE 🖤”

Another person wrote: “I’m from City but for Jennie I’m coming back from United @ManUtd 🤝”

I'm from City but for Jennie I'm coming back from United @ManUtd 🤝 https://t.co/VZvSqf1d4D

While another person wrote: “Jennie wearing a Manchester United shirt is so hot.”

jennie wearing a manchester united shirt is so hot pic.twitter.com/s6u1LPkpYa

“Jennie wearing a customised @ManUtd jersey with “JENNIE 96” on it!” said another.

Jennie wearing a customized @ManUtd jersey with “JENNIE 96” on it! pic.twitter.com/Vpl4cFg18v

One Twitter wrote: “Jennie in a Manchester United kit is the best thing that’s happened to the club all year #PINKVENOM.”

Jennie in a Manchester United kit is the best thing that's happened to the club all year #PINKVENOM pic.twitter.com/bUxS1wa7KA

“JENNIE KIM IS A RED! 🙌🔴#PINKVENOM,” another person wrote.

And another one said: “Jennie’s shirt will single-handedly save Manchester United from bankruptcy CHARITY QUEEN.”

As noted, Elon Musk, the world’s richest man, with one single tweet on the evening of Tuesday, August 16, sent the internet into a total frenzy by suggesting that he was purchasing Manchester United football club.

The billionaire posted on his official Twitter account: “To be clear, I support the left half of the Republican Party and the right half of the Democratic Party!”, then another tweet that said: “Also, I’m buying Manchester United ur welcome [sic].”

He later revealed that it was a joke.

Manchester United have lost both of their Premier League games this season, which led Piers Morgan to brand the Premier League side “rotten from the top down” after criticisms were aimed at Cristiano Ronaldo following the side’s humiliating defeat at Brentford.

The 57-year-old wrote: “Pathetic to see @Cristiano getting all the media headlines/blame for this United fiasco.

“Without him & his 18 PL goals last season they’d have been relegated, and without him this season – WHEN, not if he leaves – they might well be relegated.

“Whole club is rotten from top down.”