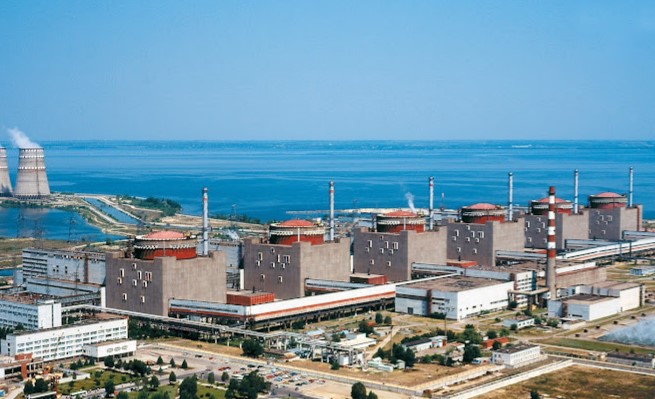 On Thursday, August 18, Volodymyr Zelenskyy, the president of Ukraine, speaking about the tense situation at the Zaporizhzhia nuclear power plant, warned of the possibility of “catastrophic consequences” if Russian forces continue shelling the area.

During his regular televised evening address to the nation, he said: “This deliberate terror on the part of the aggressor can have globally catastrophic consequences for the whole world. Therefore, the U.N. must ensure the security of this strategic site, its demilitarisation, and complete liberation from Russian troops”.

“The consequences may also hit those who remain silent so far”, Zelenskyy continued. “Any radiation incident at the Zaporizhzhia NPP can affect the countries of the European Union, Turkey, Georgia, and countries from more distant regions”.

The world is on a verge of nuclear disaster due to occupation of world's third largest nuclear power plant in Energodar, Zaporizhzhia region. How long will it take the global community to respond to Russia's irresponsible actions and nuclear blackmailing? https://t.co/lGHlhALMqV

Russian occupying forces took control of the nuclear facility – the largest in Europe – back in March. The daily operation though has still been carried out by the Ukrainian workers.

In recent days there has been a war of words between Kyiv and Moscow, with each side accusing the other of shelling the area around the nuclear plant. Warning of a potential human-made disaster caused by alleged Ukrainian bombing, Russia threatened on Thursday to shut the plant down.

A spokesman for the Ukrainian Defense Ministry’s Main Intelligence Directorate, Andriy Yusov, claimed that staff at the nuclear plant had been told to take Friday off.

Speaking with NBC News, Yusov said: “There is new information, it arrived about half an hour ago, that for tomorrow, August 19, there is an order for the majority of the staff not to go to work. This is what the Russians told their people, primarily the employees of Rosatom”, which is the Russian nuclear agency.

He added: “We do not rule out the possibility of massive Russian provocations on the territory of the ZNPP tomorrow. This is confirmed by their propaganda, information from our sources, and the behaviour of the Russians at the station”, as reported by newsmax.com.

Russia has instructed its workers at Zaporizhzhia nuclear plant to not go into work tomorrow, Ukraine intelligence official tells @NBCNews.

This comes amid allegations from both Russia and Ukraine that an incident is being planned on Friday at the plant. https://t.co/0PhSLNowgp

Pressure is mounting on Moscow as the international community calls for them to allow experts to enter that plant and inspect it. US State Department spokesman Ned price tweeted on Thursday:

⚡️CNN: US is aware of reports about abuse of Zaporizhzhia Nuclear Power Plant staff.

US State Department spokesperson Ned Price said they are “aware of reports that Russian personnel have abused and coerced” staff at the nuclear plant.