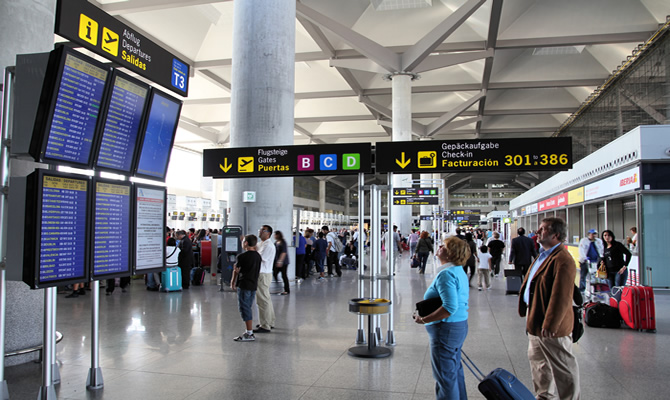 The latest round of strikes by easyJet pilots in Spain had zero impact on Malaga airport, with no flights cancelled.

As reported by the Sepla pilots’ union, up until 6pm on Saturday, August 20, the latest strike action by easyJet pilots in Spain caused just 10 flights to be cancelled nationwide. As was also the case on Friday, August 19, there were no flights affected in Malaga.

Barcelona’s El Prat airport saw two flights cancelled, a round-trip between the Catalan city and Geneva in Switzerland. The other eight affected flights were at the Palma de Mallorca facility. These included international connections with their origin or destination of London, Basel in Switzerland, and the German cities of Berlin and Cologne/Bonn.

Saturday’s cancellations add to the 16 from Friday, which again only disrupted the airports in Barcelona and Palma. A Sepla spokesperson claimed that the support of the strike by its members is 100 per cent, with ‘maximum respect’ for the minimum services implemented by the Spanish government.

The cancellations accumulated so far this weekend are added to the 36 registered in the first period of stoppages initiated by the easyJet pilots, which lasted from August 12 to 14. Since the start of industrial action by the pilots, a total of 62 flights have been cancelled across Spain this month.

EasyJet pilots are demanding that their salaries return to what they were before Covid-19, especially as the company already operates a similar volume of flights to pre-pandemic, as reported by laopiniondemalaga.es.

They also protest that after six months of negotiating the latest agreement, the airline has rejected the three proposals put on the table by the union to recover working conditions. It is also claimed that the company has made no contact for at least two weeks on the matter.

This current period of strikes will end today, Sunday, August 21. Another round will start on Saturday, August 27 and continue until Monday, August 29, inclusive.