“See you in the afterlife”, posts Alicante’s social media influencer ‘Charlie’ who has died aged 20 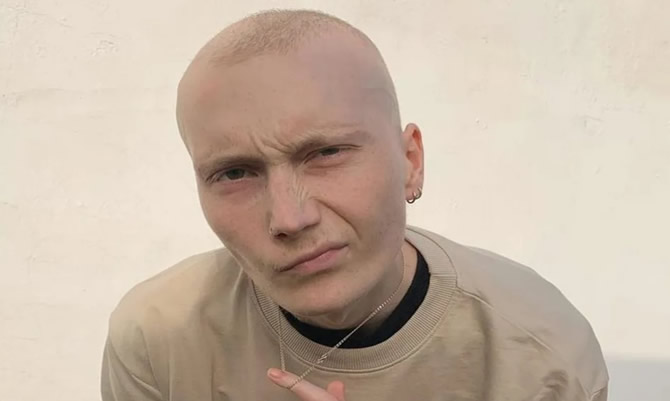 Famous Alicante social media influencer ‘Charlie’ has passed away at the age of 20 after battling cancer, posting “See you in the afterlife” on Instagram.

Carlos Sarria, the 20-year-old social media influencer from Alicante on the Costa Blanca in Spain, was better known online as Charlie. It was announced via his Instagram account that he passed away, today, Monday, August 22. Charlie had been bravely battling cancer for the last four years.

Since being diagnosed with Ewing’s sarcoma, Charlie had suffered four relapses. In an interview last May with the Yasss publication, the young man explained how he had just won the first round. Sadly, doctors had subsequently located a tumour on his crown that was a metastasis from the first.

It had been during his time in hospital that he decided to open a TikTok channel to talk about his illness. To this day, he openly talked about cancer through the networks, even making jokes about the disease. On Instagram @charrliiieeeee, Carlos had more than 120,000 followers, and on TikTok, more than 2.3 million.

Charlie’s goodbye came after the influencer had spent several days without uploading content to his social networks. His girlfriend Nerea – who has been one of the fundamental pillars in his fight against cancer – was also noticeable by her absence.

In his latest TikTok videos, Charlie appeared in his hospital room. He had last updated his followers on August 8, informing them about his state of health, in which he revealed that doctors had hooked him up to a morphine drip to relieve the pain that he was suffering.

On August 1, he told his followers that he had been having a “very, very, very difficult time”. He said he had spent three weeks without “being able to poop” and with “an incredibly big belly pain” that had taken away his desire to use the mobile.

Social networks made him very happy and that is why he wanted his loved ones to share the tragic news of his death with his followers. His friends posted a goodbye message on his Instagram on Charlie’s behalf: “Goodbye sons of bitches, see you in the afterlife. (Charlie 2002-2020)”.

Their post has already been filled with comments from his followers who cannot believe the fateful news. A video was also uploaded onto his TikTok profile saying goodbye to his followers with the Bad Bunny song ‘A Summer Without You’, as reported by yasss.es.