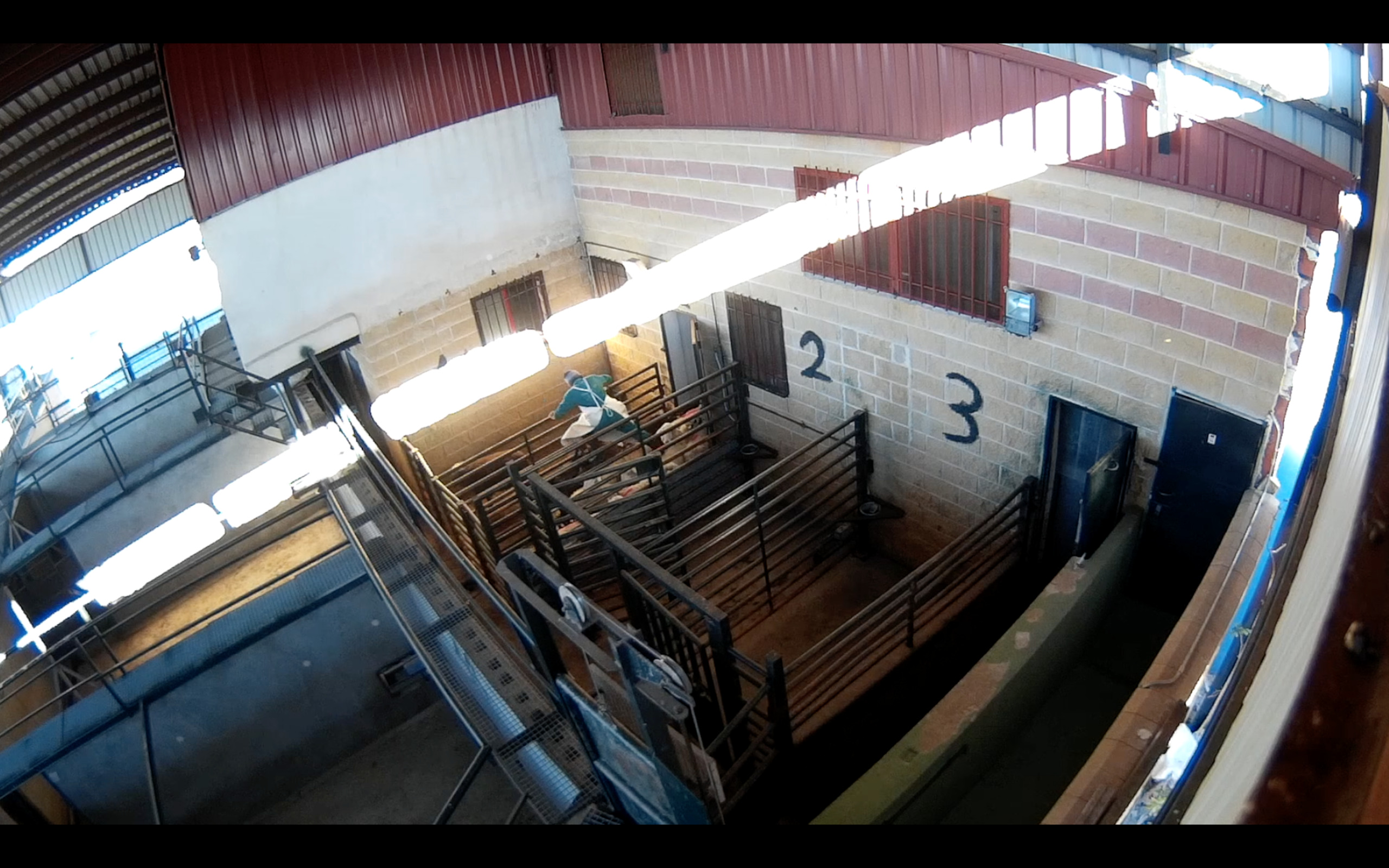 THE Spanish Council of Ministers has approved the royal decree establishing the compulsory installation of CCTV cameras in all Spanish slaughterhouses.

The ruling, which was made on Tuesday, August 23, means that Spain has become the first EU country to establish CCTV cameras in the country’s slaughterhouses. The United Kingdom and Israel have already approved it by law.

Equalia, a non-profit organization dedicated to improving the living conditions of animals destined for consumption with the lowest standards of animal welfare, has been pushing for better regulations in Spanish slaughterhouses since the end of 2018.

The company said following the announcement: “Three years ago, the NGO Equalia started the campaign Ley de Cámaras de Videovigilancia en Mataderos, to call for the mandatory installation of video surveillance cameras in all Spanish slaughterhouses, with the aim of effectively and rigorously guaranteeing compliance with animal welfare and food safety regulations.

“[Now], this royal decree makes Spain the first country in the European Union to establish a law for the protection of animal welfare and food safety in slaughterhouses.”

It added: “The NGO Equalia drew up an action protocol together with the veterinary services of the meat sector, which was presented to and adopted by several of the most important companies. It specified the three basic measures of the proposal: the placement of cameras in all areas where live animals are handled, the storage of the images for one month, in strict compliance with the Personal Data Protection Act, and access to the images by the Official Veterinary Service of the autonomous community in order to review them, apart from the operator.”

“In parallel, an initial law proposal, presented by Equalia, was approved through non-legislative propositions in the parliaments of the Balearic Islands, Navarre, La Rioja, Community of Madrid, Community of Valencia and the Canary Islands,” it continued.

“This work with institutions, entities and companies in the sector was accompanied by the publication of six investigative reports in Spanish slaughterhouses. In them, Equalia highlighted the need for a more exhaustive control of the practices carried out in these facilities.

“Following the publication of images of serious irregularities in animal welfare in a slaughterhouse in Ávila, where operators were seen cutting the legs off cows while they were still conscious, the meat sector, through ANICE, took a stand in favour of the installation of cameras in slaughterhouses.

“The same happened with other interest groups such as trade unions (Comisiones Obreras) and consumer associations (Facua).”

The non-profit said that “the national and international repercussions of the images provoked the reaction of the Ministry of Consumer Affairs, which, through AESAN (Spanish Agency for Food Safety and Nutrition), initiated a draft royal decree establishing measures for the control of animal welfare in slaughterhouses through the installation of video surveillance systems.”

The draft was submitted for public consultation on October 20, 2020, before the mandatory rule was made on Tuesday, August 23.

“The NGO Equalia works to improve animal welfare for as many animals as possible in Spain,” it said.

In fact, the group are trying to eliminate cruel practices in chicken farming under the Better Chicken Commitment campaign.

“Although some companies such as BM Supermarkets still refuse to incorporate this beneficial measure for food safety and sustainability in all their products,” the group said.

Equalia director Guillermo Moreno said following the news: “In 2018, we started the debate on the need for video surveillance in slaughterhouses in Spain.

“Today, after positioning the meat sector, government, trade unions and consumer associations in favour of the proposal, this royal decree makes Spain the first country in the EU to require video surveillance systems in slaughterhouses.”

He added: “Even though it is only a first step, we have to recognise that this royal decree has some weak points such as the viewing of the images.

“The treatment of the viewing will fall mainly on the operator (slaughterhouse), and not on the official veterinary service of the autonomous community, in addition to not specifying an exhaustive procedure for reviewing images in terms of the periodicity and time of viewing them.”

Another person wrote: “Thank you thank you thank you. There are those who criticise everything and thus play the game of the enemies of animals. Much has been achieved and the more representation we have, the greater the achievements will be. Go ahead yes you can.”

“Slaughterhouses always mistreat animals. This will prevent some of the illegal mistreatment. And in zoos/aquariums? And the mistreatment on farms? And in laboratories?” another person said.