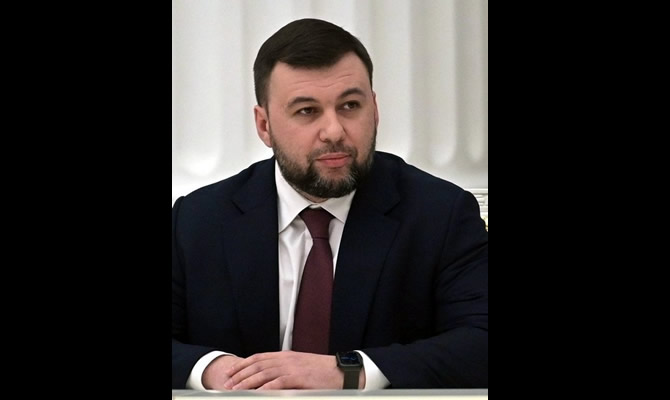 An attack on the headquarters of the so-called Donetsk People’s Republic has been blamed on Ukraine by its leader, Denis Pushilin.

On Tuesday, August 23, the offices of Denis Pushilin were allegedly shelled by the Ukrainian military. Pushilin is the leader of the head of the so-called Donetsk People’s Republic (DPR) in the occupied parts of Donetsk Oblast, as reported by pravda.com.ua, citing their source as Kremlin-aligned agency RIA Novosti.

Video footage posted on social media showed that the first three floors of the administration’s headquarters were damaged in the attack, along with the top two floors. Pushilin was unhurt in the attack as it was claimed he was not in the building at the time, and was ‘at a safe location’.

Denis Pushilin later appeared in a video, standing alongside his damaged headquarters. The DPR leader accused Ukraine of carrying out the shelling. He suggested that NATO is already involved in the attack as the alleged artillery used was supplied by them. Pushilin also claimed that two civilians had been killed in the incident.

Destruction at the Administration of the head of the DPR. After being hit by APU shells, the first three floors and the top two floors were damaged in the building. The fire is localized.

An employee of the Administration said that Denis Pushilin was not in the building at the pic.twitter.com/PSm4ss4ifl

BREAKING: #Ukraine strikes the Administration of the so-called head of the rogue #DNR, Denis #Pushilin, in the city center of #Donetsk. Pushilin is reported to be alive. #UkraineRussiaWar pic.twitter.com/NJ9gsv2p2O

According to Russian state news agency TASS, the proxies said that Ukraine had shelled the office of Denis Pushilin, leader of the Kremlin's proxies in the occupied parts of Donetsk Oblast.

BREAKING: #Ukraine has struck the administrative building of the leader of the self-proclaimed #DonetskRepublic – #DenisPushilin. Other buildings in the city centre are also being shot. pic.twitter.com/yL17WsPVdy

The DPR leader had been very vocal in the aftermath of the car bombing incident in Moscow last Sunday, August 21, in which Daria Dugin lost her life. Pushilin laid the blame firmly on Ukraine, making it very clear that he believed the intended target had been her father, Alexandr Dugin.

“Vile scoundrels! The terrorists of the Ukrainian regime, trying to eliminate Alexander Dugin , blew up his daughter … I have a good memory of Darya: she was a real Russian girl!”, he reportedly commented on his Telegram channel.